Less than a year after September 11, 2001, I moved from Houston, Texas, to Warrensburg, Missouri, to teach at Central Missouri State University.1 I ended up teaching there for twelve years before moving to Denver, where I live now.

I grew up in a suburb of Cincinnati, Ohio, and attended an elite liberal arts college, after which I worked in New York City as a paralegal in the Appeals Bureau of the Manhattan District Attorney’s Office. I then left New York to study poetry at the University of Houston. Despite, perhaps, my brief stint in a tiny, rarified corner of law enforcement, my trajectory was not atypical for an American poet of my generation. I began in the suburbs, spent time in a privileged academic environment, then moved to two of the country’s largest and most diverse cities. Warrensburg was a radical departure—a Walmart town with a population of fewer than 17,000 surrounded by soybean fields an hour southeast of Kansas City.

Two primary institutions connected the town to the world beyond itself—(1) the University and (2) Whiteman Air Force Base, located between Warrensburg and the neighboring town of Knob Noster. Though these institutions might have appeared at first opposed both politically and culturally, they were actually interconnected in a number of important ways. The University had (and has) a robust ROTC program, and on any given day a number of my students would be in uniform. What’s more, many students were either the children of airmen2 or, themselves, recent airmen attending school on the GI Bill. Virtually anyone in Warrensburg who wasn’t originally from the immediate area had been brought there by either the University or the Base.

When 9/11 happened, American poetry was in the process of defining the aesthetics of the turn of the millennium—and, thus, of Generation X—with a sequence of anthologies that came out between 2000 and 2009.3 In the year after 9/11—the year I arrived in Missouri—there was a lot of talk in poetry, and in the arts more generally, about how the attacks would mean “the end of irony.” This, to me, mostly seemed like opportunistic advocacy by those who already wished to push back against self-reflexive, poetry-deflating books like Joe Wenderoth’s Letters to Wendy’s and Gabriel Gudding’s A Defense of Poetry—though some advocates also seemed simply to categorize “difficult” poetry among that which 9/11 should prompt us to reject (since, presumably, it failed to offer necessary spiritual succor).

In the end, it does appear that irony-driven, “anti-poetic” poetry became only a small piece of a much larger postmodern moment of “hybridity,” which sought to escape the traditionalist/avant-garde binary of the 1980s and 90s. In 1998, Stephanie Burt coined the term “Elliptical” to describe a combining of the core impulses of Confessionalism with “all the verbal gizmos developed over the last few decades to undermine the coherence of speaking selves.” In the mid-2000s, critic Michael Theune called this “middle space” poetics. In 2009, the Norton anthology series put its canonical stamp on the moment with the publication of American Hybrid, coedited by David St. John and Cole Swensen—two “elder statespersons” whose aesthetics would have been viewed in the 1990s as diametrically opposed. Ironically, it wasn’t long after American Hybrid that a rising generation of millennial poets began to usher in their own aesthetics re-emphasizing accessibility and coherent speakerhood, identity exploration, and/or sociopolitical engagement. Various aspects of “hybrid” aesthetics were sometimes folded into these new focuses, but were no longer the focus themselves. Looking back, it seems clear that what came to be called “hybridity” existed on both sides of 9/11 and ultimately ran its generational course—though it’s impossible to know how it might have looked different without 9/11 occurring in the midst of its development.

All that said, from the vantage of my life in Missouri, the aftermath of 9/11 came with significant lessons about American culture and American poetry itself.

Not long after the 2003 invasion of Iraq, my students started disappearing from class. My next-door neighbor had joined the National Guard to help pay for college, and he was terrified that he, too, would be shipped out at any moment—something he talked about regularly over beers in the backyard. Meanwhile, 37-hour stealth bomber missions to Iraq were being flown out of Whiteman Air Force Base; you would see the bombers flying overhead and wonder if they were merely training or on their way to Baghdad.

The initial lesson of that period for me was simply that we were living inside of history. For most of my generation—particularly for those with backgrounds similar to mine—the twelve years between the fall of the Berlin Wall and 9/11 felt relatively history-less. Certainly things happened, but very little felt significant or transnational. We were living in the strangely triumphant aftermath of the Cold War, which had long pre-dated us and which had been the overarching context of our childhoods; until 9/11 occurred, it was hard to imagine that anything on such a monumental scale might happen again. Then 9/11 connected the cities of the West under the threat of terrorist attack, and the war in Afghanistan began—and then the Bush administration started ginning up the war in Iraq in ways that seemed to many of us so obviously false, and it felt like we were truly in a new historical moment.

In 2003, my girlfriend (now wife) came from Houston to join me in Missouri; she and I then moved to Kansas City, and I began commuting to Warrensburg. We made this move because she was looking for work, and because, like most of the poets I know, I preferred to live in a city than in a small, isolated town. But I continued to teach in Warrensburg for eleven more years, which made it impossible to ignore that America was at war. Students continued to ship out, bombers continued to fly overhead. Though 9/11 had been an attack on the most elite economic and cultural core of metropolitan America, the subsequent wars in Iraq and Afghanistan were fought disproportionately by working class and rural Americans.

If one were to look at a random sampling of the last twenty years of America’s poetry books and literary journals, one would be hard-pressed to notice that we were a country at war. Sure, there are exceptions; poets such as Jehanne Dubrow, Shara Lessley, Philip Metres, Solmaz Sharif, Nomi Stone, Brian Turner, and my then-colleague at CMSU Kevin Prufer, among others, have written in various and compelling ways about America’s military involvements during the period.

Nonetheless, it is true, I believe, that the American poetry of literary publishing and academia has been noticeably disconnected from these wars—one of them the longest war in American history. This is because our military no longer has a draft, and because American poetry remains largely an elite enterprise—incubated disproportionately in exclusive institutions of learning, and concerned primarily with the cultural and political affairs of America’s cities, which have over the past twenty years drawn America’s various elites toward their now-impossibly-priced centers. Though American poetry has significantly diversified in terms of representation—which has been excellent for the art—it has also, I think, consolidated its focus on the concerns of metropolitan America. Those concerns are absolutely worth writing about. But rarely do I see represented in poetry—or even just in the cultural awareness of the world of American poetry—stories like those of my students in Missouri, such as the young man who lost an eye in Navy SEAL training, the nurse who was stationed in Abu Ghraib, the Latino airman who read Charles Simic on his breaks from repairing stealth bombers, the young woman training to be a JAG lawyer to fight for LGBTQ rights in the military, or the student whose father flew drones all day in Afghanistan from a command center in Warrensburg. These were some of the most fascinating and compelling people I’ve met. When I would travel to New York or San Francisco for readings, poets would smile condescendingly after I mentioned that I taught in Missouri and say something like, “Wow, I’m sorry.”

I am certainly complicit in this sort of urban provincialism. I chose to move to Kansas City after just one year living in Warrensburg, and I now live in “cool,” overpriced Denver. If I hadn’t stumbled into a teaching job in rural Missouri after finishing my MFA, nothing in my background indicates that I would have arrived at any of the thoughts I’m presenting here. As we worry—and rightfully so—about how well American poetry is able to represent the full range of American experiences, it seems clear to me that our poetry has, for reasons of class, politics, and cultural locality, been disproportionately blind to the experiences of war felt by nearly two million Americans and their families. Indeed, our poetry culture has been more likely to address overseas victims of the hubris of our political class than those at home. When Ilya Kaminsky says we “lived happily during the war,” that “we” is certainly not all Americans (which, to be clear, is part of Kaminsky’s point).

Whether we like it or not—and no matter how we feel personally or politically about the wars in Iraq and Afghanistan (or, more broadly, about American Empire)—history will place us all inside the collective “we” of the longest war generation in American history, which is exactly the sort of thing our poetry has been ill-equipped to address.

1 CMSU changed its name to the University of Central Missouri in 2008.
2 Note that “airmen” is, from the Air Force’s perspective, the proper term regardless of gender.
3 Kevin Prufer’s The New Young American Poets (2000), Gerald Costanzo’s American Poetry: The Next Generation (2000), Reginald Shepherd’s The Iowa Anthology of New American Poetries (2004), Michael Dumanis and Cate Marvin’s Legitimate Dangers: American Poets of the New Century (2006), and David St. John and Cole Swensen’s American Hybrid: A Norton Anthology of New Poetry (2009).

This essay on the impact of 9/11 on American poetry is part of an ongoing project in which we hope to offer perspectives from writers of all backgrounds. If you have an interesting essay to share that relates to this topic, please send it to us at “Interviews/Reviews” via Adroit’s Submittable. 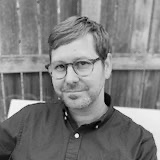 Wayne Miller is the author of five poetry collections, most recently We the Jury (Milkweed, 2021) and Post- (2016), which won the UNT Rilke Prize and the Colorado Book Award. He has co-translated two books by the Albanian writer Moikom Zeqo, most recently Zodiac (Zephyr, 2015), which was shortlisted for the PEN Center USA Award in Translation. The recipient of six awards from the Poetry Society, a Ruth Lilly Fellowship, the Bess Hokin Prize, and a Fulbright to the Seamus Heaney Centre in Belfast, Wayne teaches at the University of Colorado Denver and edits Copper Nickel.