In Pauline Oliveros’s 1971 “Sonic Meditations,” Oliveros intimates that making sounds can lead to “a tuning of mind and body,” a unifying of consciousness with corporeal being. It is not just noise for Oliveros, but a collective of voices that nudge us closer to our environs, and to one another. Within this vibrational ring, Oliveros seeks to foster harmony while simultaneously estranging us from language, specifically its texture, its meaning, and its signification. As she instructs in “One Word,”

…choose one word. Dwell silently on this word. When you are ready, explore every sound in this work extremely slowly, repeatedly. Gradually, imperceptibly bring the word up to normal speed, then continue until you are repeating the word as fast as possible. Continue at top speed until “it stops.”

Prescribee, Chia-Lun Chang’s first full-length poetry collection, similarly ruminates on language as a site of misunderstanding and as an instrument of play or violence. Like Oliveros, Chang thinks through language in myriad ways, rupturing a single reading or definition of a word. When she writes “I here what I hear” or “Come up or I’ll erase/stalk/steal/delete // your child-hood-body,” Chang demonstrates the plasticity of English language through homonyms or the slipperiness of synonyms whose varying connotations rely heavily on context. The power of words – both articulated by us and inflicted on us by others – is a theme Chang’s poems return to again and again, as if tonguing a loose tooth.

The “tuning” of language does not cultivate an Oliveros-esque utopia in Chang’s poems, but, rather, an American landscape so homogenized that the currency of the English language is utterly unimaginative and unilateral, as in “The Milky Way,” when Chang writes, “Be social. Have an English name. Talk like us…Learn slang. Find a line. Wait two and a half years for a printed document. // say the word.” The perfunctory, truncated English directives in this poem suppress any imagination and possibility for play, nuance, or flavor. In the opening poem, “Parents,” the Taiwan-born narrator underscores the violence of English when she describes dating in America. Chang writes, “I cut out part of my language to make / love to them.” Language, specifically Mandarin, becomes like an amputated limb, discarded in the hopes of assembling a pale imitation of intimacy.

In “Engli-shhh Isn’t Yours,” Chang asserts, “English doesn’t belong to everybody and / my language is never mine.” In a colonial empire, English can often seem just like another commodity, similar to religion or guns. Chang explores the commerciality of language within a capitalistic society when she states, “I’m trained into a voiceover. // I need to gain the most profound words / to prove to the speakers: // I’m valuable & / look good in the morning.” There is a materialistic consequence to sounding just like everyone else in America. This acoustic, internalized racism impacts both one’s income and perceived likeability.

In “How Much Do We Trust on the Phone,” Chang further presses upon the precarity of verbal exchange through a telephone conversation that does not guarantee resolution or assurance between those involved. She writes, “Knowing the poor connection distorts / The manageable truth.” The “poor connection” could be mechanical or textural, describing one’s voice, as in “The Accent Floats,” when Chang begins, “Please bear with me // I’m sorry that you’re / forced to be surrounded by my voice.” The enjambment of the line “I’m sorry that you’re” initially suggests a pity or sympathy for the (presumably white) addressee. It is only in the next line where Chang calculatedly undoes that (mis)understanding. She allows, through her attention to the linebreak, a possibility of two readings. It is not just Chang’s content, but also her form that underscores her impeccable control of moving between spaces and words with wit and razor-sharp dexterity. And it is through this enjambment that Chang starts to unsettle the white, Western reader’s prescribed notion of what (or who) is foreign. She ends the poem by stating, “my accent never takes off since // my throat has not applied for a passport / it is too thick to pass through your years.”

It is in the moments when Chang’s own lyrical language deftly utilizes homonyms, rhymes, or puns when Prescribee is at its richest and most defiant. In her concluding poem, “Go Back to Your Country,” the first line addresses the bigoted instruction of the title by answering, “which I would very much wish.” Later on, she adds that her family has “digested too much white trash,” alluding not only to food boiled in plastic bags but also to white supremacy. Do not assimilate, Chang’s poems suggest: it’ll make you sick. In “Iridescent,” she writes, “Sentences I say with my accent can always make people laugh // I am tired of those sounds // sentences I say with my broken grammar can always make / people frown.” The internal slant rhyme within these lines is a way of (re)asserting sonic control over the predominately white space in which accent or grammar other the narrator. A similar sonic flourish occurs in “If I Were Born in America”:

In an inescapable
Inseparable
Inevitable saga
I stay invisible
Invisionable until

The assonance in this stanza is both acoustically ludic and rhythmic, while also foregrounding the narrator through the repetition of the “I” – Chang’s narrator will neither be erased in the world nor on the page.

The irony, and beauty, of Prescribee is that it does make a sound – it does (re)shape language and its possibilities. The result is a radiant collection that meditates on immigration, family, white supremacy, and the voice of the individual with searing commentary and musicality. As Chang writes at the end of “Go Back To Your Country,” “We are Taiwanese // Her voice firms // My mom empties the night for me.” Prescribee embodies that calcification of voice. Chang’s lyricism, voice, and narrative will stun any reader poem after poem, bright and hard as bone. 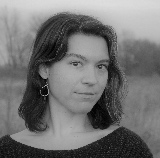 Hannah Bonner’s poems have appeared, or are forthcoming, in Asheville Poetry Review, Bear Review, Pigeon Pages, Rattle, Schlag, So to Speak, The Pinch Journal, The Vassar Review, Tinderbox Poetry Journal, TriQuarterly, and Two Peach. Her essays have been featured in Bright Wall/Dark Room, Bustle, Essay Daily, The Rumpus, The Little Patuxent Review, and VIDA. She is a creative nonfiction MFA candidate at The University of Iowa and the poetry editor of Brink.