Performing one’s self is not a new idea, nor is the idea of poetry as a performance of self. But it’s been a long time since I read a book as attentive to these concepts as Rochelle Hurt’s third collection, The J Girls: A Reality Show. The book’s conceit is that five Midwestern girls, Jocelyn, Jodie, Jennifer, Jacqui, and Joelle, videotape themselves performing scenes and commercials in the late ’90s, videos they label “The J Girls: A Reality Show.” Years later, a local resident unearths and transcribes these tapes. Does this book already sound too complicated and kitschy? I promise it’s not. The speakers are smart and smarmy, blaring and blazed. Through extravagant, explicit verse, they learn to own not only their voices (as in “Ode on My Upspeak”) but also the voices that claim to own them (as in “Ode to the C Word”).

Hurt begins with an epigraph from writer and critic Wayne Kostenbaum that claims we invent identity “by staging it, making fun of it.” The book is literally staged: the poems include a cast list, voiceovers, title cards, and settings for each scene. The identities the J Girls invent on this stage are audacious and revel in complicating clichéd girlhood. They spin off lines like, “Fashion / schools us: a slut can wear her insides out, / but sleevelessness is also a cloak” (“Wifebeaters”) and “I masc my femme with throaty guff, the better to hiss you with. Inhaling / is a way to play gruff with the boys” (“Wet n Wild Romance”). And they learn to “swim circles through shame,” as “Opening Credits: Adoration of the J Girls” promises: true to the reality show trope, the J Girls treat TMI like a rallying cry. As Jodie explains at her Taco Bell job,

What whet lips
can spread: food, blood, spit, sweat.
Plus lube and pubes, uppers and cankers,
Fire Sauce even. Fastest are hisses and digs:
Who knows how many drugs she’s on, how many
men. (“Viral”)

At times, the poems’ ideas get tangled in language, and it’s like the resulting slippery, slick music coaxes ideas out of the J Girls. In “Lip Smacker Fantasia,” Jocelyn says, “Head fizzed to bitsy this time, I feel fit with a buzz and a clit…but blackout fantasia is rote the second time through, so I’ll spare you the parts I don’t know.” The line isn’t always clear between when they do and do not have agency, but the J Girls insist on owning the storytelling, if not the storyline. And Hurt’s argument doesn’t shy away from how difficult such a performance can be. This tension weaves through the book in scenes like “Mall Haunts,” when Jacqui describes how,

But this difficulty also results in what I found to be the most delightfully conflicted sense of spiraling in, of doubling down on a device to find the place it breaks. Take Jennifer’s exploration of a relationship, which ends with, “how fast a / not-you becomes a not-I: a knocked eye: my head not quite an unempty / room: who’s not always there: not me: not without you” (“Double Negative”). Joelle, in “Birth of Anger at the Skating Rink,” compares the rink to a solar system in which she, with her orbital gold hoops and chains, pulls the jeering, planet-like girls into her anger’s mass:

I burn a girl-sized hole in the hissing air
and rise, a mascaraed god-eye, taking in pain unflinching.
Huge, I spin imperceptibly, turning little by little
toward an orange rage that will, I can see, eclipse everything.

Hurt’s speakers mock the fate society has in store for them in “Avon Grotesque,” as well, where Jocelyn imagines her death: “How long till up-and-coming becomes comeuppance— / …skip the formaldehyde and fill me with glitter. / When they dig me up to clear a Walmart lot, imagine the beauty they’ll find.” Jodie explores this fatalism in “Demolition Derby Queens”:

Our squealing men have never been so sentimental, so glamorous in their rage—mine spent six weeks dolling up his beater, spray-painting my cartoon face on its hood, christening it with my name. A real trauma pageant, this big boys’ game—a way of trading places.

She then masturbates watching as he “offs himself in a metal me.”

Hurt’s depiction of performative girlhood is invested in this macabre imagery, and yet the girls all make it out, as we see in the last episodes. In fact, the most surprising formal move is when all five girls appear together for a mock “reunion” a la Jerry Springer to get to the bottom of the romantic relationship between Jocelyn and Joelle. Perhaps because the previous episodes have focused on individual yet interconnected scene-poems, this scene feels very different. The girls in this format speak in innuendo, but not in verse, with exchanges like,

JOELLE: It was just a phase. I’m not in the closet.

JOCELYN (adjusting bikini strap): But we were. It was heaven every time we did it in a closet.

JOELLE: Well, I must be misremembering something. Seven minutes to come too or come to?

This almost-forthcoming conversation about one of the book’s running narratives was like the speakers’ off-screen conversations “caught on camera” and included in the transcript. In these short snippets, the J Girls talk like regular girls about the traumas they face and the dramas they stoke, and the narrative is juicy. But these sparse reminders of the selves behind the made-up personas are rare; these girls do not want us to see them as regular girls. The J Girls’ performances are constructive, providing a shield against society’s gaze, but they are also restrictive: the performance of outsized identity requires layered, innuendo-dense language to encompass fractured and faceted selves. In other words, they speak themselves into being, but that being is hard to grasp. “Glitter Ode” speaks to these “shifting surfaces,” saying, “Fickle safety net, you trap / & fling the world from our skin.”

Reading this book, I wondered: how do they move past performance into authentic selfhood? Does authenticity mean we aren’t performing anymore? The J Girls explores what happens when humans feel too seen, too examined, too much discussed without their consent: they slather on language/rhetoric/Bath & Body Works Plumeria to cover their fractures. These days we swim in posturing, as do our children. This book is an important reminder to give ourselves and other people space to perform, to facet, without fracturing. 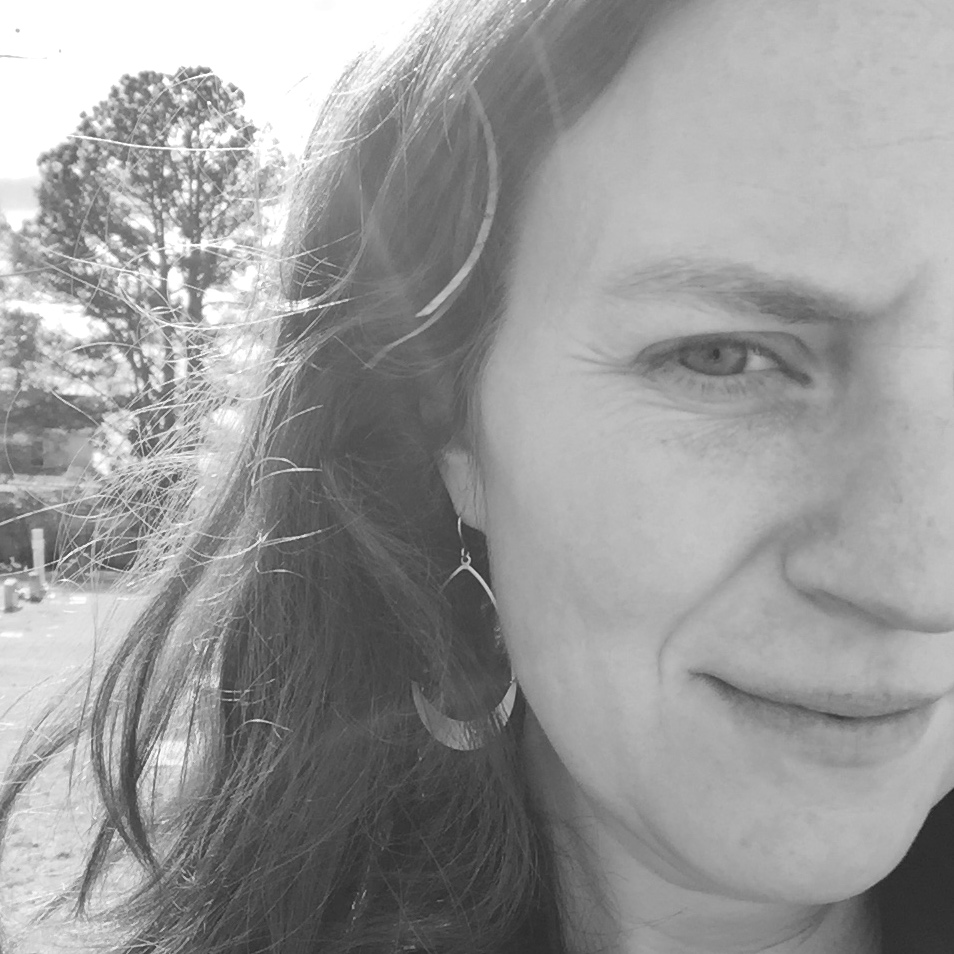 Joellen Craft lives with her family in Baltimore, where she teaches writing. Her poems and reviews have recently appeared in The Laurel Review, The Fourth River, and Radar Poetry. Her chapbook The Quarry won L+S Press’s 2020 Mid-Atlantic Chapbook Prize.