Manuel Muñoz is the author of a novel, What You See in the Dark, and two short story collections, Zigzagger and The Faith Healer of Olive Avenue, which was shortlisted for the Frank O’Connor International Short Story Award. His most recent book, The Consequences, was published by Graywolf in October 2022. He currently lives and works in Tucson.

Katerina Ivanov Prado: Congratulations on the release of The Consequences, and thank you for sitting down with me to chat about these stories. Two years ago, I was lucky enough to work with you during my MFA at the University of Arizona, so it feels extra special to be able to interview you today.

Manuel Muñoz: I’ve been thinking about how the conversations we’ve had as mentor/mentee or professor/student are flipped…now, I’m in the hot seat.

KIP: [Laughs] All those thesis meetings have led up to this. I wanted to start by asking you about the idea of home in this book. Lost home, recovered home, and even your personal understanding of the Central Valley as home. How did that inspire this collection, and how is your writing rooted there?

MM: There is so much to be said about all of us having a site that we either return to or don’t want to return to. Even when we feel like we don’t have a center, that can be a very rich vein to keep tapping. Everyone in my family is still in the Central Valley. I can’t help but think about it. I’m the one piece of the puzzle that’s not there; it created a certain tension in my own life that keeps me writing about the Valley.

KIP: Do you think the writing is an effort to close that distance? Or examine it?

MM: I think it’s examining it, because I don’t think it will ever close. I’ve always called myself a Valley writer and I’m still a Valley writer, but there are a couple of Texas stories in this collection. Mathis, TX, was my mother’s hometown. And that was a place that struck the same nerve, knowing it was where my mother was born and raised. She left in the mid-sixties and never returned. She often talks about it with a certain longing, even though no one is there anymore. Everyone in our family, the neighbors, they’ve all dispersed. But in her memory and in her heart, it holds a very special place. I’ve listened to her recall it, and that’s why a couple of the stories moved to that space. So, maybe the distance doesn’t close, but it’s always being examined.

KIP: You can feel the presence of memory in the collection, and there is an honesty that reverberates from that feeling. These all feel like stories I’ve been told—and I’m not from California. I think it’s because a lot of these stories feel like lessons in resilience and that’s the kind of story I heard growing up. I think that’s the kind of story many immigrants tell their kids, told with a certain quiet pride in their own strength and adaptability.

MM: I’m really glad you linked all the stories in terms of resilience, even when they are about how that resilience fails. And I like that you say these stories have been told. It means there’s a reason they are being remembered and conjured one more time on the page.

KIP: I think the way memory can fail or betray you is one of the great powers of fiction. You can write what could have been, what never was, what you’re misremembering.

MM: My approach to writing memory lies in how I’m hearing the story. It’s not necessarily my memory that’s failing, it can be someone else’s. Some of these stories come from scraps of actual occurrences, and I’ve built the fiction around that. Sometimes, when we hear stories from our elders, there is that moment where you can sense the gap, where the memory failed or where they are stretching the truth. But out of respect, you don’t push. I work that sensation out on the page, and it’s a chance to reconstruct an event based on what touched me the most.

KIP: That makes me think of this one line from the titular story, “The Consequences,” in which the narrator, Mark, attends his former lover’s funeral in Texas: “He hadn’t loved Teddy but now he did.” There’s this sensation of regret and retrospect that brings the characters and the reader a bit closer to the truth.

MM: I’m still torn about the character of Mark. Whether his regret is confused for genuine love. I like that the character resides in a certain kind of mystery. He makes this gesture to break into the family’s funeral and traditions, and there’s something quite selfish about that act. He really gives me a lot of mixed feelings.

KIP: Mark makes me think about the ways we all flounder to assuage our own guilt. I don’t know if he earned his grief over Teddy. I think he was grieving his ideas of himself.

MM: There’s a line in my second book, The Faith Healer of Olive Avenue—not to quote my own work [laughs]. It’s a saying: “When grown men cry they usually cry for themselves.” For certain characters, that’s something I keep in mind: even in third person, even if they seem to be examining their guilt or grief or reflecting deeply, they might simply be mirrors turned in on themselves.

KIP: Guilt and love are separated by a very fine line in this collection. And I’m not sure they are emotions we often equate.

MM: Speak for yourself [laughs].

KIP: Okay, I should say they are two emotions you shouldn’t confuse [laughs]. I see this in the sense of obligation that a lot of your characters feel. Where it’s not quite love, but duty, and that is close enough.

MM: That’s beautifully put. So many of the issues that circulate in families have to do with that very problem: what are you obligated to do? It carries over into relationships that have nothing to do with family. How does it end up impacting relationships? I’ll bet that thread has been there since Zigzagger, my first book. The way I understand conflict or tension in short stories has always been connected to how family members interrelate and react to each other.

KIP: I think there’s an almost cultural expectation for Mexican Americans to love someone a certain way. I saw it in one of the stories in this collection, “The Happiest Girl in the USA,” where the narrator, Griselda, is walking a younger woman, Natalia, through these expectations as they attempt to reunite with their partners who have been deported. Griselda spends the story begrudgingly showing Natalia how to survive this process. Griselda has done this many times before, so she’s teaching Natalia: this is what will be required of you.

MM: When I was putting that story together, one decision I had to make was whether or not Griselda was married or not. And whether that would impact her decisions. I finally made the choice that neither woman would be married, because it speaks to what you’re saying: do those expectations and opinions change just because of your marital status?

KIP: The reason that Griselda wasn’t married was just…ugh, wow. I wasn’t expecting that to be the reason. Her partner, Timoteo, doesn’t want to go to the courthouse because of the danger of making yourself visible to the government when you’re not an American citizen. It’s such a small detail, but it made me feel Griselda’s empathy so deeply. She presents herself as so tough. But at the same time, she knows Timoteo has that fear and she understands and respects it. That was so beautiful.

MM: Bingo. I’m glad you phrased it that way, that she respects it. I try my best not to judge my characters for the things they do. I let them not press on subjects I might want to question further. I’m glad you saw that, because there is a contrast to Timoteo’s character, especially when he comes back—not that he’s real chingón—but he looks at Griselda’s shoes and makes a comment about other men looking at her.

KIP: You know, I was expecting his rebuke to be more drenched in machismo, but she hears it as rooted in concern for her safety. That moment was so layered. I also appreciate what you’re saying about knowing when not to press—as a person and a writer, sometimes I don’t know when to stop. How do you know when it’s time to leave your characters be?

MM: If I knew, I would bottle it and make a million dollars [laughs]. You know me, I’m a methodical writer. I’m slow. When I’m thinking about a story, even before it’s on the page, it’s already started to fully form. I make little notes to myself and I do a lot of prewriting. I think that helps a lot. As much as I embrace the mystery of writing, it can be incredibly scary. It’s like getting in the ocean. You know there’s a bottom, but you don’t know how deep the floor is. When I can’t confront that unknowability, I try to shape it. I could say this for most of the stories, maybe except one or two. The ones that gave me problems with my editor.

KIP: Which ones gave you trouble?

MM: “Fieldwork,” for sure. My agent saw so many versions of this story and said “I know how close it is to you and I can’t separate it.” My editor at Graywolf knew how close it was too. There’s an impulse to ask—should this be an essay? Is this autofiction?

KIP: I know that impulse well [laughs]. We puzzled over this when working on my MFA thesis together.

MM: [Laughs] Why define it? You know, “Fieldwork” is so rooted in my memory. I had to pull back and ask—what’s the actual story? Why is this the protagonist, the lens? Finally what satisfied me was accepting a character who is a passive listener. The story is about caring for someone, and how that isn’t just physical. It includes the emotional labor of hearing someone talk when you can’t really have a conversation anymore, when they’ve lost tools for communication. The last line of that story is “men don’t know how to suffer.” I think the reason I turn to fiction is that it gives me a shield. The only one who knows the kernel of truth in the story is me. It allows me to create.

KIP: That’s something we have talked a lot about. Fiction allows your understanding of the truth to stay yours. You can keep things intensely personal, while still being protected.

MM: You know, these are the kinds of stories and situations I was surrounded by. In a place that was so ignored. People and their mundane tragedies were certainly ignored. I wish I could be a comic or exuberant writer. But for me, it’s about how we hold in private pain and how it demands to be released. That’s the stuff of great stories. 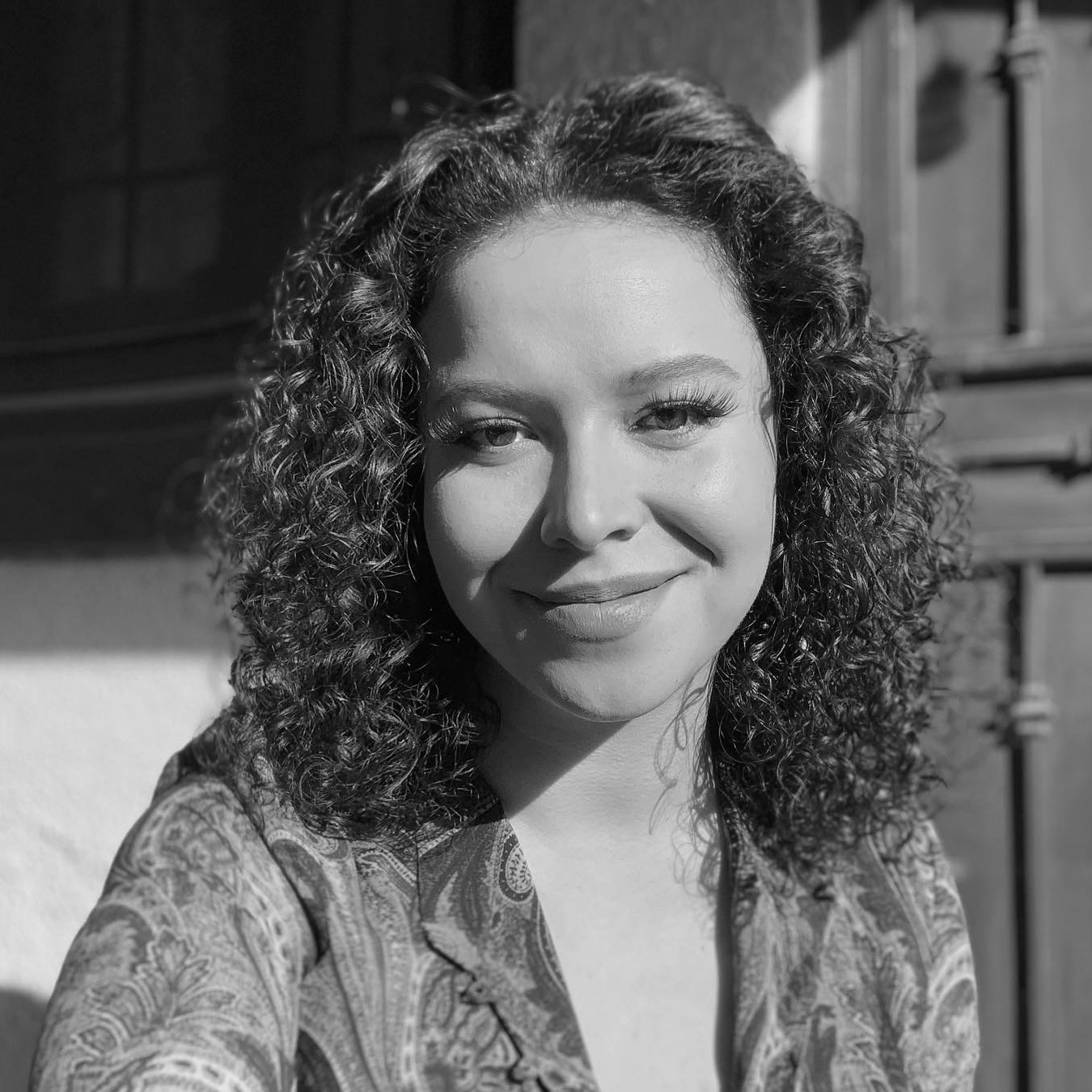 Katerina Ivanov Prado’s multi-genre writing has been published in Brevity, Catapult, The Rumpus, Joyland, Passages North, and others. She has won the John Weston Award for Fiction, the AWP Intro Journals Award, The Pinch Nonfiction Literary Award, and The Florida Review’s Editors Award. She was also awarded a LitUp Fellowship by Reese’s Book Club and a Rona-Jaffe Scholar’s Award from Bread Loaf Writers Conference. She obtained her MFA at the University of Arizona and is a Ph.D. candidate in Literature and Creative Writing at the University of Houston.