I began writing these poems because I was frightened. In February 2022, I was staring down what I considered two unfolding tragedies: the gradual, heartbreaking loss of my Russian language skills against the backdrop of my beloved father’s failing health, and unmistakable signs that mass Russian mobilization on Ukraine’s borders would soon lead to war. My mother called me weeks before the invasion started, with a grim resolve about the whole thing: an invasion was going to happen. It was just a matter of when. A second phone call followed a week later, this one frightened: nuclear use was no longer unthinkable. She encouraged me to stock up on canned food and cases of water, to know what I was going to do, to have a plan.

I spent that week trying to put my panic back inside the box where it had been quietly brewing since the first acts of Russian aggression. I went to class, I read my books, I tried in vain to conjugate the Russian verbs I learned in college, anxiety keeping me from being able to express myself adequately in any language dear to me. My native English wasn’t up to the challenge, nor my childhood French, not even my tried and trusted Russian, which I had first learned piecemeal while sitting at my father’s feet as he told me tales about Moscow in the early 80s: nothing seemed able to put the horror into words. My first word in Russian was ice cream. My second word was an imperative, a warning: Осторожно! Be careful. Watch out.

The poems became my way of addressing both fears. “Marina,” an experiment from a class on sonnets, was firmly rooted in the particular ache of personal loss, while Threnody—more freeform, less constrained—was a response to a developing crisis and being powerless to do anything except bear witness. The poems fell out of me more or less fully formed, and they were refined in the poetry classes I was taking at the time, where I couldn’t write about anything other than the blood and the horror, and how my father wouldn’t talk to me about the war, instead just repeated over the phone “Я устал. Я устал.” I’m tired. I’m tired. I wrote down the words I could, the ones that came unbidden from my personal grief and the ones stemming from the terror of so much death, displacement, and anguish.

The poems are lacking. Every word seems small and insignificant when discussing the incredible scope of loss, and of the atrocity taking place in Ukraine.

But still: from the darkness, hope.

As the world was watching the disaster progress, countless writers and activists came together to fundraise and hold trilingual readings. Ukrainian poets zoomed in from the bombed cities of Lviv, Kyiv, and Odesa to read over spotty internet, and in Syracuse, I made borscht with a dear friend, and the soup almost overflowed the pot. Suddenly, there was laughter again: a single brief flare, a lightbulb swinging in a dark room. And I haven’t reached the light itself, not yet, but every day I get closer. And that is its own victory.

If you’re able to, please donate to organizations doing essential work to support Ukrainians in this ongoing crisis like Ukraine TrustChain, and keep up to date on new developments by following news outlets like The Kyiv Independent – News from Ukraine, Eastern Europe on social media at @KyivIndependent. 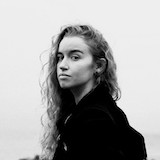 Kathryn Bratt-Pfotenhauer is the author of the full-length collection Bad Animal (Riot in Your Throat, 2023) and the chapbook Small Geometries (Ethel Zine & Micro Press, 2023.) The recipient of a Pushcart Prize, their work has been published or is forthcoming in The Missouri Review, The Adroit Journal, Crazyhorse, Poet Lore, Beloit Poetry Journal, and others. They attend Syracuse University’s MFA program.

0
Kathryn Bratt-Pfotenhauer December 14, 2022
No Comments Yet