Ramona Reeves writes fiction and essays. Her linked story collection, It Falls Gently All Around and Other Stories, won the Drue Heinz Literature Prize and was published by University of Pittsburgh Press in October. She has served as an associate fiction editor for Kallisto Gaia Press and is currently working on a novel that moves between the 1930s and the early part of this century in the U.S. She lives with her wife in Austin, Texas. More about her is available at www.ramonareeves.com.

Ramona Reeves’ 2022 Drue Heinz-winning collection of linked stories, It Falls Gently All Around, follows Babbie and Donnie, two denizens of Mobile, Alabama, a city with a history as fraught as their own. Babbie is a thrice-divorced call girl working to make ends meet; Donnie is a former long-haul trucker turned yogi struggling to work the twelve steps. In these stories, Reeves’ nuanced array of characters—Black and white, high society and working poor—intersect with Babbie and Donnie in ways that are funny, telling, and genuinely moving. This collection, so rich and place-specific, does for Mobile what, say, Maurice Carlos Ruffin’s The Ones Who Don’t Say I Love You does for New Orleans, or what another Drue Heinz winner, Kate Wisel’s collection, Riding in Cars With Homeless Men, does for Boston, or, to reach further back, what James Joyce’s Dubliners did for Dublin. Written with insight and tenderness, It Falls Gently All Around reveals the complicated realities behind the so-called American Dream.

Ramona Reeves: I started writing this collection because of a class I took during my MFA program that focused on linked collections. I wrote the bones of the first four or five stories in that class. I came back to these stories several years after completing my MFA mainly because I became curious about where writing a book of linked stories might end up. In terms of opportunities, I think linked stories open up the possibility of seeing characters’ lives beyond one story and imagining the landscape of their lives. And the gaps and spaces between stories become quite important for allowing readers’ imaginations to roam. Certainly novels contain jumps in time and space as well, but I think they function differently. In my mind, linked stories allow characters to meander a bit more, and that takes the pressure off moving toward one climatic moment. That’s not to say there isn’t tension, but I think the tension is felt in each story.

JP: Tell me about the composition and revision of these stories. How long were you working on this collection?

RR: The earliest stories from the manuscript began during my MFA. After finishing my program in 2010, I put the stories aside for about three years and worked on short stories unrelated to the book. When I finally returned to the stories in It Falls Gently All Around and Other Stories, I spent two years drafting and choosing the ones that would be in the book and another two to three years revising them. Not that this process was linear. Sometimes I let the manuscript sit for a few months while I worked on other writing projects, but I’d say I put in about six years total.

JP: Your collection has such a vivid sense of place. Tell me about Mobile as a fictional landscape for you. Do you think you’ll keep writing about it?

RR: Mobile as a European settlement is 300-plus years old. Its history goes back thousands of years if you consider the indigenous people who lived in the area, so there’s plenty to write about from a historical standpoint. As a fictional landscape, I hoped to bring a fresh perspective of the city to the page. The best way I knew to do that was through the characters. I knew not all of them would buy into the city’s visual beauty (and it is beautiful) or the romanticized versions of the South promoted mostly by white people, and that interested me as well.

JP: Would you talk to me about how you chose It Falls Gently All Around as the collection’s title?

RR: This is funny because the Drue Heinz Prize was the first submission I made using this title. I had submitted it to a few other places with a different title, but a friend who is an excellent reader read the manuscript and didn’t care for the original title. I thought about it and chose the current one from a story title in the book. In many ways, that story is the origin story for much of what happens in the rest of the book. Also, I like the irony in the title It Falls Gently All Around in terms of the current times, i.e., the pandemic, racial inequities, the Russian invasion of Ukraine, etc. Things are certainly not falling gently all around.

JP: One thing I don’t always see in literary fiction is the reality of work and class—too often characters don’t seem to have real day jobs, or work only exists in the margins, and money (having it, or the lack thereof) is not always acknowledged. Your collection is rich and full of the reality of all sorts of work and class. Can you talk to me about your interest in writing about both of these things?

RR: I wanted money to be a central part of the book because there’s so much emphasis on it in our culture. I think it’s very difficult to rise out of poverty to become a person of immense means, but that’s the American myth. Plus the dissonance between the messages we receive in American culture, e.g., women can have it all—meaning a family, a job, a personal life in equal parts—and the reality, e.g., women leaving the workforce to care for children, is so rich with possibility for story-making. In terms of work and jobs, I think it was Annie Dillard who said that how you spend your time is how you spend your life, and most of us spend a lot of our lives working, and so it felt important to include that aspect in the book. Money and work are intertwined with each other, of course, but also inseparable from issues of class.

JP: The level of detail—from hospital work, to truckstops, to Mobile country clubs—feels so rich and specific. Did you do research? And/or how did you capture these things in a way that feels so authentic?

RR: I researched truck driving and learned enough specifics about the profession to create Donnie. I also walked around in many truckstops and perused aisles looking for odd details as well as cataloging in my mind the things one could buy in a truck stop. It’s funny you mention country clubs. I’m not a country club person, didn’t grow up belonging to one or anything like that, but I did research several Southern country clubs. I may have visited one, too, but that’s a secret. Thank you for saying the details feel authentic. I revised a lot, hoping that the scenes I created would be vivid enough for readers. I had a great instructor, Robert Boswell, who told my workshop that when it came to details about place, to look not for the first or second thing that comes to mind but maybe the third or fourth, something not everyone will know.

JP: Do you identify as a “Southern Writer”? (As a North Carolinian, I’m always both interested in and also somewhat dubious of the idea of Southern Literature, so I’m interested in your thoughts!)

RR: This is a great question. Sometimes I get identified by others as a Southern writer or even as a lesbian, Southern writer because, lord knows, we humans love our labels. I think dialects, both Black and white, somewhat helped define “Southern literature” decades ago, but like any place in the world, the South is more than dialects and certainly more than biscuits and provincial countrysides. In Lee Smith’s Dimestore, a book of essays, there’s one titled “Driving Miss Daisy Crazy” in which Smith discusses the diversity of the South and the need to continue remodeling the house of Southern literature, if not downright overhaul it. I agree with that idea. I also wonder about the label of “Southern literature” and whether that presumes a specific audience.

JP: I’d love to hear about your writerly influences.

RR: I have quite a few, but I’d say Flannery O’Connor, ZZ Packer, Mary Ward Brown, Tim Gautreaux, Lee Smith, Leslie Mormon Silko, Gabriel Garcia Márquez, John Cheever, Jesmyn Ward, and Elizabeth Strout. But there are so many fantastic writers and so many good books, including yours. How fortunate we are to be alive to read them!

JP: I’d love to hear what you’re reading now or have read recently that’s moving or inspiring you.

RR: I just read Zorrie by Laird Hunt and Admit This to No One by Leslie Pietryzk. Both were excellent. I’m currently reading Night of the Living Rez by Morgan Talty and Chola Salvation by Estella Gonzalez.

JP: What are you working on next?

RR: I’ve been working on a novel for a few years now. I hope to finish it in the next several months, but we’ll see. 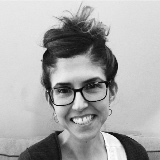 Joanna Pearson is the author of two short story collections, Now You Know It All (University of Pittsburgh Press, 2021), chosen by Edward P. Jones for the 2021 Drue Heinz Literature Prize, and Every Human Love (Acre Books, 2019).