I keep a jingle bell on the doorknob of my bedroom. What started out as a Christmas decoration soon became a security measure—I want to hear if some intruder enters my home in the night. I check the locks and the closets more times than I care to admit, imagining an intruder in my home, the killer at the door, or the monster waiting under my bed. And yes, I know it is a bit silly, if the raised eyebrows directed at my jingle bell security system have been any indication. But despite its absurdity, it still brings me a level of comfort in a world where there are plenty of things to be afraid of. Especially when you’re a woman.

In Jody Keisner’s Under My Bed and Other Essays, she explores the origins of an often-embarrassing hypervigilance that has her checking under her bed and over her shoulder in fear. In fresh and intriguing essays, Keisner’s approaches the subjects of fear and violence against women like an anthropologist: melding the study of human behavior, biology, and the cultural, familial, and social considerations that surround us. And although Keisner’s experiences focus mainly on the woman’s experience, readers of all kinds can find value in the exploration of how, as she writes, “the act of naming fears and working to understand them is empowering.” Because this is a book that’s as much about empowerment as it is fear.

By confronting her past, her experiences as an adopted child growing up in a working-class Midwest family under a volatile father, and the classic horror stories we both fear and morbidly love such as John Carpenter’s The Thing, Keisner seeks to understand why she still checks under her bed for the proverbial monster. Only now, as an adult, the monster has morphed into the echoes of family tragedies, a chronic autoimmune disease diagnosis, the murder of a college girl, and the fears of raising young girls in a world full of dangers.

The collection spans decades, from her own childhood to motherhood and middle age, and is arranged into three thematic parts: Keisner’s exploration into the origins of her fear, how her fear impacts her roles as a wife and mother, and how she’s learned to live with the fear and embrace a world that is, often, constantly reminding her of her what evils can befall her and her family.

Keisner begins with the origins of her fears as seen through her experiences, first examining how growing up in a working-class household that often moved about and whose violence waxed and waned with her father’s employment led her to develop a strong sense of wariness for danger. She details her memories in colorful snapshots about her father who “looked like he belonged to the Harley-Davidson culture” and had a small “13” tattooed on his hand to symbolize his denial against fear and superstition, was of two very different personalities. One, a hard-working family man who lived and breathed the railroad; the other, a drunken and antagonistic force who would lash out at his children and play on their fears: “It was as if the seam holding in who he’d been before ripped, and out stepped another man, one full of venom,” Keisner writes. She pinpoints the first origins of her vigilant nature to her father’s shifting moods, along with his penchant for scaring his young daughters. In one instance, detailed in her essay “Under My Bed,” her father sneaks into her bedroom in order to frighten her, which Keisner hypothesizes “quite possibly conditioned me to fear my own bed.” After this experience, Keisner vowed that she would “never be caught by surprise again,” leading her to form an obsessive vigilance that would follow into her adulthood.

However, Keisner’s essays go beyond the personal, looking into the very real instances of violence that surround girls and women. Through the local news, Keisner is made aware of assaults, rapes, and even a serial killer captured in a neighboring town while she was a child. These examples provide only more reason to be fearful. And yet, Keisner develops a love of the horror genre that seems at odds with her fears. She confronts this in her essay, “Recreationally Terrified,” which uses research to explain how horror often allows us to safely explore our fears without succumbing to bodily danger. “When I became recreationally terrified by the images of suffering and dying, I also never felt so alive,” she writes. “As much as the on-screen pain troubled me, I also reveled in the bodily consequences of, more or less, safely experiencing violence and rage—emotions girls are taught to suppress from a young age.”

In a later section, Keisner shifts from her fear’s origins to examine how these fears impact her relationships with her husband and children, wondering just what her daughters will be inheriting from her. She feels embarrassed by the actions that her fear drives her to, and yet the fear she feels in motherhood is unlike any other. Kiesner understands how fragile life is, owing to the very tragic childhood drowning death of her aunt. In “The Secret of Water,” she uses this understanding to ruminate on the unknown territory of motherhood she’s stepping into as she brings home her first newborn. “We mothers were supposed to be little gods, guiding our children toward our—or God’s or society’s—predetermined plans,” she writes. “But we didn’t always know how.”

The collection ends with Keisner finding a kind of comfort and empowerment in her fear. Through a favorite grandmother’s wise words, and by confronting her vulnerability in order to embrace living in a world in which pain and suffering cannot always be avoided, Keisner determines that,

Most of us exist in a liminal place, somewhere in between our hopes for the future and our fears, in between our curiosity for life and interest in other people and our uncertainty of what danger lies ahead. I am not free of fear, but neither have I gotten down on my knees and looked under my bed for the boogeyman in a long, long while. Mothering daughters has healed the afraid young child (and young woman) I once was. But I still have work to do.

Keisner’s confronting of these fears, and the interrogating of their cultural and psychological factors, empowers her readers to consider their own vigilance and relationship with fear. Through Keisner’s blend of beautiful prose and the breadth of research she uses to examine her own fears, I found comfort in knowing I’m not alone, and that, like Keisner discovers, “some fears—and pain—are written in the language of the body from birth.” Some of us, it seems, are just born afraid. But we don’t have to stay that way. My own hypervigilance may never completely fade, but its origins no longer scare me as they once did. Keisner’s book shows how we can pull the proverbial boogeyman out from under the bed and, by naming it, remove its power over us. 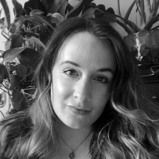 Elizabeth Fiala is a native Nebraskan writing venomous essays. Her work has been published in Brevity’s Nonfiction Blog, Pithead Chapel, Essay Daily, 13th Floor Magazine, and numerous self-made paper booklets which she sold for a quarter each, as an industrious child, to kind elderly neighbors. Find her on Twitter @elizaefiala.