In Heart First Into This Ruin: The Complete American Sonnets, Wanda Coleman writes:

reaching down into my griot bag
of womanish wisdom and wily
social commentary…i come up with bricks
with which to either reconstruct
the past or deconstruct a head.
(from “American Sonnet 61”)

The head Coleman deconstructs is my head. Those bricks reconstruct all our pasts. Or they’re aimed at all our heads. Whatever bricks she comes up with, it’s very much worthwhile watching what Coleman does with them.

In her personal and engaging introduction, Mahogany L. Browne asks, “What is a sonnet besides fourteen lines written in iambic pentameter?” Poet Diane Seuss, in frank: sonnets, writes, “The sonnet, like poverty, teaches you what you can do without.” Would Wanda Coleman agree? I think so. A sonnet, perhaps first and foremost, has rules. Browne affectionately calls Coleman a “devout rule breaker.” And so the showdown is set: one of the most formally rigorous and constricting poetic forms vs. the devout rule breaker & master poet Wanda Coleman. Who will win?

It is an epic showdown, and Coleman is undeniably the winner. But so is the reader.

The experience of reading sonnet after sonnet through Coleman’s relentless rebellion within, yet also adherence to, the form is like riding the Magnum over and over again at Cedar Point. At one time the fastest and tallest roller coaster in the world, there may be plenty of other exciting rides at the park, but there’s no way you’re going on them. Once you’ve experienced the rush of the sonnet in Coleman’s hands, it’s difficult to go on any other ride.

Oftentimes, while reading these sonnets, it feels like Coleman is trying to hack her way out of the box of form. It’s a thrilling escape attempt, and her pushing at the bounds often yields brilliant feats of lineation, or punctuation, or just plain what my father would call “Fuck-it-ness,” or in other words, “I’m Going to Do What I Want To Do.” We can see this straining in “American Sonnet 12” in the opening line: “my earliest dreams linger/wronged spirits // who will not rest / dusky crows astride.” The single slashes, which are not line breaks, read like a line break within a line, creating a layered effect, or almost like the echo of a line break before the actual break. “American Sonnet 12” is exactly the traditional sonnet length of fourteen lines. If Coleman had broken her lines where her slashes exist, she’d have gone over the fourteen lines, and thus perhaps this invention was born of constraint. But that’s not to say Coleman cares all that much about the fourteen-line mandate. Some of her sonnets are fifteen lines. Some are sixteen. It’s almost like I could feel Coleman laughing at me as I dutifully flipped through the book counting the lines of her sonnets.

Many of the sonnets are “for” or “after” a person (in one case, “American Sonnet 26” is “for and after Michelle T. Clinton”). These people run the literary gambit from such household names as Melville, Brecht, Baraka, and Akhmatova, but also present a more intimate glimpse into the less well-known Californian poets who made up Coleman’s community. There’s F. A. Nettlebeck, who SantaCruz.com called “probably the most important avant-garde poet you’ve never heard of.” Also Sesshu Foster, an accomplished poet who has taught composition and literature in East L.A. since 1985. And Philomene Long, former poet laureate of Venice, California, who appeared in the movie, An Irish Vampire in Hollywood. Each person offers a satisfying rabbit hole for internet searching. They bring a reader in touch with the fabric of Coleman’s literary inspiration, and perhaps friendships.

However, I also got the sense that, while these people spoke to Coleman’s inspiration, she really only wrote for herself. In “American Sonnet 52,” she writes: “I am / indulgent because I know the base nature of ambition so / well, few miracles are expected in these stark / and dreary quarters, no gallant savant engages my genius / outside myself.” I find much to appreciate in these lines. Coleman knows how “stark and dreary” the rooms are in which poetry and ambition can dwell. And yet, there’s still enough of a wish to engage a “gallant savant” that Coleman has to remind herself that no one can ever speak to one’s own genius like one’s self. This feels like as profound a statement on writing poetry as I’ve perhaps ever read.

Something strange and strangely heartening has recently been taking place across the poetry world. More and more people have been taking note of Wanda Coleman. Wicked Enchantment, her selected poems published in 2020 by Black Sparrow, made many “best of” lists. And Coleman’s name has started to appear around the internet on important lists like “Five Black Poets You Should Know” (thenarrativematters.com). In the book’s last poem, “American Sonnet 100,” it’s as if Coleman is presciently speaking to us today. The poem ends, “come, glory in my rebirth. / come, glory in my wonder’s will.” It’s almost as if Coleman knew that our love for her would grow in the future. Coleman’s rebirth is here, and it is indeed glorious. 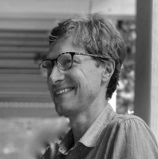 Jefferson Navicky is the author of Antique Densities: Modern Parables & Other Experiments in Short Prose, which was the winner of the 2022 Maine Literary Book Award for Poetry, as well as two other hybrid works. He is the archivist for the Maine Women Writers Collection and lives in Maine.