Structurally, And Those Ashen Heaps That Cantilevered Vase of Moonlight operates as a single, book-length poem. The book opens with a one-page prelude of fragmented, illogical text: “Rippling in the ceosops / foreskin of wind / … / at ***** in the afternoon / now rising / now setting / a windbreak of gum trees / et cetera / the edge of time / et cetera.” The short lines and disconnection suggest the rubble in the aftermath of war, or perhaps unorganized organic matter at the beginning of life. This is followed by a section, nearly half the book in length, of prenatal darkness. A single line of simple English text, doubled underneath in Chinese, floats in the middle of each page. The font is white and the page is black:

a kind of poverty
一种贫穷

The doubling of each line in English and Chinese suggests a ghostliness or echo, and indicates these two cultures, appearing as they do “in utero,” as formative. As the speaker approaches her “birth,” other languages appear: Spanish excerpts of Federico García Lorca and César Vallejo (whose work feels particularly influential on later sections) and a French excerpt of Jean Genet.

Birth is suggested, in the following section, with a bath of light, as the text and background revert to their usual black-on-white color scheme. No longer floating in amniotic black, the text now contorts through a panoply of forms: filling the page as prose, abruptly pausing in single-word stanzas, adopting all caps or italics, and so on. The diction and syntax change markedly as well; nouns (often body parts, such as a “moral rectum” or “public shoulders”) are summoned out of thin air, clauses accumulate almost in echo, and predicates double back on themselves. Noticeably lacking are full stops. The language sweeps forward in a single breath:

Last night, beside the menstrual shadow of the corpse I saw my mother’s legs (her enormous legs) opening and closing in a voluptuous trance sweeping the thick current, the amorous pity of her legs which with my mouth my mouth I imitated, still pregnant, or, became, by way of imitation, innumerable…

The world into which the speaker is born is one where political struggle, language, and existence and nonexistence are in inextricable flux. Life in the new world teeters on the edge of death: “here, it is nighttime in both directions, and in these human temples, I attend, I dream, and I carry my grave clothes under my arms…” Body parts and bodily excretions abound, as if the various parts are simultaneously refused coherence yet reluctant to yield their autonomy. This struggle bears political dimensions:

but also parodic qualities: “Oh! / insolent / turd / competing / for the latrines / of yesterday—” The speaker senses that today’s victim might be tomorrow’s aggressor, whereas suffering and struggle are entrenched. This might be a revolution, but not one aiming to overthrow explicit sociopolitical antagonists.

Occasionally the language coalesces into a startlingly revealing phrase: “the newborn tongue / which struggles with its mortal / advances against the / exterminating / alphabet in the unvitiated / asylum…” Over the course of the book, it becomes apparent that, for Xu’s speaker, existentially dependent on her ability to speak (“I, // DREAMING YOU, // FLOWING IN MY BODY, // BODY OF THE OTHER, // WRITING MYSELF”), language itself is a minefield. The speaker urgently searches for a way to exist inside “reality: where the name eats the / body and holds it upright.” As such, the speaker’s surreal tactics embody a form of resistance, enabling her to persist without being subsumed by reality’s “exterminating / alphabet.”

Structurally, And Those Ashen Heaps That Cantilevered Vase of Moonlight resembles a single symphonic movement, with a clear beginning, development, climax, and denouement. This is achieved by manipulating text and language largely without recourse to their normal function of signification. In a powerful orchestration of tone, syntax, numerology (counting to “9” without reaching 10), and visual-textual forms (including font size and management of white space), Xu builds expectation towards a climax near the end of the book, akin to the moment of arrival in a millenarianism narrative. The parallels to music also extend to Xu’s linguistic texture. Like a surrealist text, musical notes and chords elide concrete external referents; rather, a piece of music creates anticipation and catharsis through internally coherent themes, rhythm, and harmonic modulations (e.g. the climactic moment in Tristan und Isolde, derived from delayed harmonic resolution).

The climax in And Those Ashen Heaps That Cantilevered Vase of Moonlight is itself a microcosm of deliberate ambiguity, once again enacting Xu’s resistance to “the / exterminating / alphabet.” Spanning two pages, it is simply a restatement of the title of the book, written in white all-caps against a black background, with letters arranged in a seven-by-seven grid. Have we, as the coloration suggests, somehow returned to the prenatal dark? Which way should the letters be read (up down, left right, or neither)? The ambiguity of the nonverbal formal aspects, as well as the phrase itself (does “That” operate on “Cantilevered Vase,” or does it indicate a new clause?), connects, as throughout the entire book, existence with nonexistence, meaning with incoherence, birth with non-birth.

Much of And Those Ashen Heaps That Cantilevered Vase of Moonlight is general in the sense that it operates in deep-rooted archetypes (birth, death, war), with the exception of its quotations and Chinese text. It succeeds brilliantly on those terms, but there are, I think, several possible concrete referents that may underlie Xu’s project. The most prominent is suggested by the figure of the mother, who pervades the book: as the setting of the first, prenatal section; in recurrent images (“I have come to trip over / the woman who has given birth”); and as the messiah (“The unanimous / Mother // When / does she arrive?”). The conjunction of this figure with a Chinese cultural backdrop seems to entangle it with Xiwangmu (Western Mother), a mythological deity associated with millenarianism, first attested in the second millennium BC. Sidelined by masculine Confucian ethos over much of Chinese history, Xiwangmu was frequently revived as a figure of worship in periods of social upheaval. In this context, Xu’s book could almost be a twenty-first-century prayer book for Xiwangmu’s arrival and ensuing rejuvenation of society. This dovetails with the deep historical connection between revolution and surrealist literary style, most pertinently in Vallejo’s España, aparta de mí este cáliz and Poemas Humanos, both written in response to the Spanish Civil War. And Those Ashen Heaps That Cantilevered Vase of Moonlight draws on this history to assert a visionary poetics, aimed at constructing an alternative, freer world of both language and political existence. 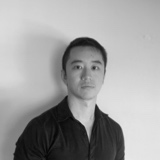 Angelo Mao is a scientist and writer. His poetry and reviews have appeared in Poetry, The Georgia Review, Lana Turner, and elsewhere. His first book is Abattoir (Burnside Review Press, 2021).