Joanne Durham’s To Drink from a Wider Bowl, winner of the 2021 Sinclair Poetry Prize from Evening Street Press, is a sixty-eight-page collection of forty-eight poems separated into seven sections, each of which defines the contours of Durham’s life. These are easy-to-read, unintimidating poems, heartfelt and sincere, from the mind and heart of a person rooted not only in immediate family, but in the human family. Many of the poems have a political cast, for Durham’s quest, beyond conveying her love of her relatives, is to make the world a better place, both for the children and grandchildren she wants to train to be better citizens and for those in this world who suffer injustice. The book describes many generations in Durham’s family (grandparents, parents, children, and grandchildren). Amazingly, though family dynamics can be notoriously troubled, there is not a single poem in this collection that focuses on family suffering. Rather, these poems are about family love, as genuine and joyful as it is deep and mature.

The poems are sequenced naturally to reflect Durham’s life from childhood to older age. That sequence plus the recurrence of images makes it easy to form an idea of the “wider bowl” from which the poet drinks. The book is a kind of slow-moving, lovely symphony, and a moral compass guides all the poems. The speaker is steady, fixed, and reliable. She is someone who will care for you, be honest with you, and guide you onto a path of toughness and moral courage.

In “New Thirsts” (Section Two), Durham presents poems about her own childhood: one in kindergarten that celebrates the innocence of children who know nothing about limitation; one from a diner where she worked, with the panoply of characters well-described in a series of thumbnail sketches. “New Thirsts” also contains a powerful prose poem (“Carpool Politics”) reflecting Durham’s earliest years carpooling as a sixteen-year-old typist with a group of three older white men. As she overhears her fellow carpoolers talking of “doll baby” dancing girls and Black people who are “lazy bums” who need to “get a job,” she starts to argue with them. Conscious of her youth—she’s just a “skinny white teenager in a sleeveless dress” (one she made in home economics class)—Durham feels a sudden rage on behalf of the demeaned and recognizes a budding drive in herself to make the world a more just place:

I’m too young to have an opinion worth listening to, but they’ve unplugged a hole in my gut, and I think for the first time that the world is a giant jigsaw puzzle and someone has hidden the picture on the cover of the box so nobody can agree on where to put the pieces, but right then and there I decide I’m not going to get as old as the carpoolers without finding a better way to fit it together.

In those few lines Durham lays out a kind of personal politics as well as an ars poetica.

In “Love Songs and Lullabies,” Durham meets her husband, her lifelong partner, with whom she bonds and begins a family. Because family is the core of To Drink from a Wider Bowl, these poems to her husband, describing the early and later moments of their tender relationship, lay a foundation for the rest of the book, as her children spring from that beautiful lovers’ pairing. In “Unclosed Eyes,” Durham includes poems based on her many years of experience as an elementary school teacher. In “Deep Holes,” she explores the death of loved ones and friends. In “Beach House,” she ventures into nature and deepens her commitment to grass roots activism. In “Stretching Time” (Section Seven), Durham dedicates several poems to her beloved grandchildren.

These are not erudite poems. They do not explore the aesthetics of beauty. They do not attempt grand philosophy. But they are also by no means simplistic poems. (Try the superb poems “You Can’t Put the Red Sea in a Poem” or “Photo Through the Glass Window of Grace’s Coffee Shop” on for complexity. They will puzzle you a while.) Rather, Durham’s poems are simple, down-to-earth, and unpretentious; as such, they are memorable. They are stamped with the simple truth of life lived from the point of view of a woman who loved and was raised well by her parents, who loves her husband, family, and friends, and who sees herself as a person responsible for standing up to cruelty. The characters portrayed in these poems are well-carved, easily recognizable: a grandmother who seals the windows of her home in Russia with mud against the wind; a mother who irons others’ troubles away expertly, like wrinkles from a shirt; a son who, become a grown man, puts away dishes conscientiously to contribute to the everyday labor of a home.

Durham’s great talent is for seeing the milestone in every traveled mile. Each poem offers a humble truth, as satisfying as looking out the window with a cup of morning coffee. A photograph of a grandfather in his twenties captures his entire life of cheerful fealty to his family.  A description of a painting class with a group of elementary school kids sums up the rapture of learning. The experience of an anxious grandmother, waiting in a broken-down car on the highway with a grandchild, reveals the uncanniness of a child’s obliviousness to danger. Durham excels at boiling down the everyday event to a clarified grain of wisdom, taking a wider meaning from a single picture. This minor to major expansion, this wider meaning taken from a single picture, is similar to Durham’s almost Buddhist daily practice of loving a family, but always within the wider context of the whole human family.

I was struck that these poems hold no anger, no jealousy, no personal ferocity whatsoever except on behalf of others. You would think that in Durham’s world there would be no room for confusion, or sadness, or pain, or rage, or torture. It may be because Durham was loved as a child and that she was raised in a strong household to be a person of character. It may be because these poems, the products of one who dreamed in her teens of becoming a great writer (for even as a sixteen year old she had “visions of [her]self someday as a famous author”), are the distilled work of someone who has moved into her seventies. Each has the garnered wisdom of maturity when all youthful rage or confusion is boiled away, and the world can be seen as from a mountaintop into the glowing, molten center.

To Drink from a Wider Bowl is simply and beautifully written. The text reassures the reader, as if to say, “The world is harsh, here is kindness,” or, “The world is ignorant, here is wisdom.” In one poem, commenting on the death of friends and loved ones, Durham imagines the dead being placed inside her. Where her organs were pushed aside once to make room for babies, she says dear ones are entering now who have recently died. “The hollow place sighs open / for yet another guest,” Durham writes, inviting the dead to rest permanently within her in those still-altered spaces. In another poem, she is putting away dishes and she imagines her son, four hundred miles away, doing the same, for he has informed her that he and his wife have settled into a rhythm of mutual household duties. “He says for him, too, it’s a kind / of meditation, this routine he and his wife / have shaped into the contours of a shared / life.” The poem, “Sonnet for My Son” makes a kind of parallel music in which Durham and her son are both putting away dishes, at a distance from one another, contributing to the communal work of the household and the world. She is proud not only to have raised a healthy son, but to have passed on the importance of living a conscientious life.

I would like to end by discussing one of the book’s most profound poems, “Maps.” Maps are so important to Durham; there are two map poems in this small volume. In “Maps,” Durham gives a “road map” of her belief in the importance of being a good citizen of the world. In a profound rendering of this completely unique (as far as I know) personal religion, Durham writes that every home should have a map of the world at the front of it, available to the eye and mind as you walk in, as if it were a cross or a mezuzah. The poem offers a kind of thought-provoking analogue to the New Testament motto “do unto others as you would have them do unto you,” or to the mezuzah, a parchment that reminds the Jewish homeowner of her obligation to obey the laws of the Torah. A globe, for Durham, reminds the individual house dweller, entering the home night or day, that every foot that walks anywhere on this earth should be cared for as if it were the foot of a sister or brother, a father or mother, for every human life—Jewish, Christian, Muslim, Black, or Brown—is precious enough to be known and loved. The poem literalizes the interlocking forces, the prevailing winds in Durham’s mind, of family and human family. It is unsurprising that the first thing Durham wants to buy for her newborn grandchild is a teachable globe, where the mountains can be felt with the fingers, and the world can be turned before the eyes, to see its breadth and dignity, and its profound interestingness and beauty. That inclusiveness, that desire to have the child see itself in the context of the whole beauty of earth and the whole human family, underlies every one of these personal, immediate, local lyrics, these family poems.

There are many, many beautiful poems here, but they all rely on simple images to convey the meaning, and they are all, above all, about love, often in the largest context of global love.  The poems fall into two basic types: ones that speak to an immediate person, place, or thing Durham loves, and poems that are more focused on politics, the conflicts that are in our society that she would like to eradicate. Durham is an activist and she teaches her children and grandchildren to be activists, conscientious objectors performing everyday acts of kindness, not only within the immediate, but in the global family. On all levels, I highly recommend this satisfying, beautifully-articulated book. 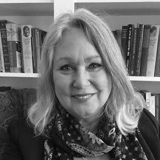 Lisa Low is a scholar, book reviewer, film critic, theatre critic, and poet living in Connecticut. Her poetry has appeared in many literary journals including Valparaiso Poetry Review, Green Hills Literary Lantern, American Journal of Poetry, Phoebe, and Delmarva Review. Her book reviews have appeared in Tupelo Quarterly, Lit Pub, Heavy Feather, The Literary Review and Poetry International. She is co-editor with Anthony Harding of Milton, the Metaphysicals, and Romanticism (Cambridge UP, 1994). She received her doctorate in English Literature from the University of Massachusetts and spent twenty years as an English professor, teaching at Cornell College, Colby College, and Pace University. Visit her at lisalowwrites.com.