If you were to sit down to write a memoir, your first formal departure from a fiction writing career that has been your creative identity for decades, you probably wouldn’t begin your first chapter with a rambling exploration of your childhood fancies and your failed first marriage, before waxing poetic about Virginia Woolf. You’d probably tell us about your childhood, your teenage years, your life in chronological order. But Kathryn Davis avoids such tired traditions in her memoir Aurelia, Aurélia, in which she takes a cerebral and yet deeply personal glance at grief.

Davis’s exploration of the loss of her husband, acclaimed academic and writer Eric Zencey, is unique in the way that she manages to expertly move in and out of intense emotionality and somewhat detached intellectualism. As a writer it’s easy to find yourself caught up in feeling. She can write about her and Eric’s attempts at walking meditation to soothe their minds in a way that feels explanatory, she can describe the way Eric kept reading the Rex Stout novels towards his death, failing to finish the last one before he passed away, in a way that at times borders on detachment, but she can then turn on a dime and write a line that makes me stop in my tracks and reread it over and over: “What was wrong with me, I wondered, that I couldn’t make the people in bed with me stay there.” The rawness of that sentence, the vulnerability, is startling. It comes during a dream-like description of the night sky through her telescope, after realizing that her daughter crept out of the bed they were sharing after Eric’s death. The bed becomes empty both physically and emotionally. It feels like a closer glimpse into Davis’s grief than she offers for much of the first half of the text. It also makes her as the narrator feel more acutely three dimensional. We’re seeing not just Kathryn the widow, not Kathryn the mother, not Kathryn the writer, not Kathryn the friend, but Kathryn the woman, coping with not only the death of her husband, but also confronting loneliness and insecurity.

Finishing this memoir felt like an accomplishment. I felt as if I were watching a weaver at the loom creating a tapestry, but for some time I could not figure out what image the tapestry would display. Davis begins the memoir with a recollection of her desire to “try on personae like dresses” in her youth aboard the ship Aurelia on her way to Europe, then moves to a scene of her ailing first husband in his quest to make the film based on The Murderess, then to a reflection on Virginia Woolf’s To the Lighthouse; by the next chapter, we know she has a second husband, Eric, who has cancer, but instead of giving us more about that, we’re reading Davis’s opinions on the television show Lost. The creative pacing was exciting and new, but there were moments when I just wanted to know what was going to happen and I found myself left with questions after putting the book down. I never quite solved what happened to her first husband, what led her to Eric, or the timeline of their relationship. I also wanted more clarity surrounding the central metaphor, the allusions to the autobiographical text Aurélia by Gerard De Nerval, which details the author’s descent into madness and death, and the ship Aurelia. Davis waits until the final chapter to distill the connection to its most basic components for readers. “Aurelia, Aurélia. There’s a kind of transit that occurs between the place in your mind where memory resides, as firmly planted as the house you grew up in, and the operative tool of thought, designed to transport you and your memory elsewhere, as if across the ocean on a boat.” The relation between the idea of the journey of memory and loss present in Aurélia and the physical journey Kathryn takes aboard the Aurelia allowed me to understand the two central themes of this memoir: love and identity. Nerval’s obsession with Aurélia is a foil for Kathryn’s love for Eric, though Nerval’s affections remained unrequited to the end. The journey aboard the ship lets Kathryn try to understand herself, her identity, an effort that remains ongoing through the various “bardos” of her life, including her newest one, the one without her husband.

This memoir desires intellectual understanding with its rich and sometimes confusing references to literature, popular culture, and music. At times, it feels like Davis wants to justify her own emotions, to make me understand by comparing herself and her experiences to other things, saying, “Look! Look at what these people wrote and did and played and understand me!”  Sometimes, these references become too distracting. I understand the impulse, though, to ramble about Lost instead of describing in greater detail the fear resulting from Eric’s cancer diagnosis. It’s easier to write about TV than to remember the hardest moments of life.

It’s not any writer who can go on a tangent in the middle of her memoir and start discussing Beethoven’s hearing loss and the importance of listening to Opus 126 played on a Bosendorfer piano without losing the reader. But through subtlety, an almost on-page sleight of hand, Davis makes me understand that Opus 126 is grief. It starts off lovely and soft on the piano, but Davis describes its complexity and its “great, strange moments of transition” as integral to the listening experience. I paused and put on Opus 126 while I kept reading. She’s right. What I anticipated as a soft, easy-listening piece of music, a collection of bagatelles, was far more complex. Beethoven weaves in and out of gentle moments of tenderness on the keys to intense moments of frenzy and feeling. It’s hypnotic, and great, and strange all at once.

What “greater, stranger moment of transition” is there than the death of your life partner? One day you wake up beside your husband, and you’re reading the paper in bed and catching up on the Mark Trail comic strip, and somehow the next day he has cancer, and his face is bloated with steroids, and he can’t walk anymore, and the younger man you married is dying before you, and that feels so supremely unfair. Davis characterizes Eric with a tenderness that breaks my heart, especially in the last chapter, “Aurelia.” This is both a memoir and, at times, an ode, an elegy, and at moments, a panegyric. “Eric was my husband. In the beginning he took me away from myself. He could even make me look like a good dancer. I wanted other things—I was wildly ambitious—but those things required acts of will and were consequently subject to judgment, whereas the transformative power of marriage operated by magic.” Something about these lines feels poetic and lyrical. There’s the image conjured of Eric and Kathryn twirling together, the more abstract notion of him offering her a space to exist outside of herself, and the last sentence that illustrates the beauty of their relationship. Marriage was effortless, but not marriage in the abstract sense. Marriage was effortless with Eric. What higher praise is there than that? To know that the one you love felt transformed by you in a way as smooth and simple as magic? That love still lingers even though he is gone, within Kathryn herself and on these 108 pages. 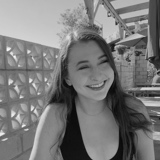 Emily Jewett is an essayist and nonfiction writer. She is currently completing her MFA at Saint Mary’s College of California in Moraga but is an Oregon native who calls Eugene home.