The twelve stories that make up Morgan Talty’s debut, Night of the Living Rez, follow their protagonist, David, each story a snapshot pasted into a jumbled chronology of his life from childhood until his late twenties. He becomes a smoker, a drinker, and dependent on methadone, but he is also, and more importantly, a son, a brother, and a friend. The result of the non-chronological sequencing allows each story to stand on its own, but also to build the world that David inhabits as a member of the Penobscot Nation in Maine.

During the AWP panel discussion Writing for Recovery: New Sobriety Narratives, poet Darren Demaree spoke out against “car chases” and similarly sensationalist depictions of addiction, preferring the more devastating “quiet moments” that are the reality of most addicts’ lives. Talty’s prose relishes such moments, whether David is passed out from beer and Klonopin in the abandoned silo in “Half-Life,” or visiting his mom in the gazebo of the “crisis stabilization center” in “Safe Harbor.” The devastating and witty voice of this book guides the reader into territory often left untrod in other narratives that deal with addiction.

But it is negligent to relegate Night of the Living Rez to merely an addiction narrative, because the book is about so much more. It is a depiction of growing up as a member of the Penobscot Nation which, for David, includes the specific knowledge of place, the pathways through the woods that “could bring you about anywhere.” According to the late Barry Lopez in his essay “Landscape and Narrative,” such evocations of place contain “the power to reorder a state of psychological confusion.” Talty limns his landscapes clearly, whether it is the description of a road overrun with caterpillars when David drives his friend, Fellis, home from ECT treatment in “In a Field of Stray Caterpillars,” or if it is the “vast river that is our blood,” depicted in a canoe trip in the title story. In his interview with Hillary Ann Colton published in The Idaho Review, Talty says “In many ways, I often think of place as a character. I mean, the world/nature/chemical make-up of the planet has actual desires––it reacts to human interaction.” While Talty’s depictions of the natural world don’t always make obvious the planet’s intent, they add tension, reveal the true depth of certain traumas, and also allow his protagonist, David, a physical space to work through his problems.

One example of this is the graveyard in “Food for the Common Cold,” where “Gray branches swayed like smoke against dark pines.” In this story, a young David shoots his slingshot at a gravestone “as if all our problems were actually right there on the surface.” David is able to externalize issues he can’t quite get to the bottom of, to work through traumas that are buried deep. In “Earth, Speak,” David and his friend consider robbing the reservation’s museum after seeing an old root club sell for five grand on Antiques Roadshow. David reveals another “buried” past, that “the reservation was a burial ground,” that “This reservation was for the dead.” He proceeds to hide from the police in the underground sweat lodge of a neighbor where he sleeps “but never as deeply as those buried down below all over the rez.” The story ends with David struggling through methadone withdrawals as he enters the sweat lodge again, which he now refers to as “the earth’s chest,” as if the earth is a living, breathing thing that will help him heal.

Just as the earth helps David find answers, so does his family. In fact, drug use and abuse often provide opportunities to show the strengths of David’s relationships. One of the most striking scenes depicting the problems with drug use is also in “Earth, Speak” where David comes down off of methadone and asks his mom to “make it stop.” He describes how his “head fissured open and Mom said so softly into it that she would.” At other times, the roles switch, and David is the one to help his drunk and pilled-out mother, as in the title story when she “stumbled, and [he] helped her down the hallway to her room.” Even though David steals cigarettes from family, and even though his mom blows all his child support, David’s relationship with his mother is one of understanding, kindness, and compassion. They always help each other out, no matter how wasted or belligerent.

But these relationships are more complicated than drugs, bolstered by moments of hilarity and happiness found in each other’s company. One example is “Food for the Common Cold,” in which David’s mom argues with her boyfriend, Frick, about past traumas. After the three of them share breakfast, and after David’s mother divulges “a story I never knew existed,” David believes, “We’ll all be happy… even if it’s for a moment.”

What makes the stories that compose Night of the Living Rez truly stand apart from many comparative drug narratives is that they are stories about people who will do anything to help one another, about relationships of mutual survival. Drugs, alcohol, and cigarettes are marginalia. David mentions, “one day was wasted on the bus trip up to the methadone clinic,” as if methadone is an inconvenience, not some sought-after high. Oftentimes we get lost in media portrayals of euphoria, overdose, and narcotic crime, and the problem is that the focus is all wrong. Sure, Morgan Talty’s characters use drugs, but their focus is life. They self-medicate to mediate their traumas, and at times to disassociate from a world that seems intent on taking from them. But the point is friendship, family, and connection to the larger world. The question at the heart of Talty’s debut appears in “Half-Life”: “How’d we get here?” A contemplative David considers one answer: “I left a lot of things behind… maybe it’s that a lot of things left me behind. Friends. Family. Relationships. The future.” Night of the Living Rez is the story of a young man trying to reclaim all of these things for himself. 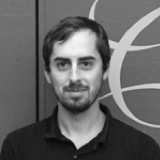 Nick Rees Gardner is a writer based in Washington, DC, and Ohio. His book of sonnets on addiction, recovery, and the Rust Belt, So Marvelously Far, was published in 2019 and his novella Hurricane Trinity is forthcoming in 2023.