In Kim Fu’s new short story collection, Lesser Known Monsters of the 21st Century, the line between fear and desire often blurs, especially when the monster under the bed isn’t the Boogeyman, but fear and desire itself—the fear of loss, of loneliness, of the unattainable; the desire for connection, for independence, for truth.

In the vein of Carmen Maria Machado and Mariana Enríquez, one of Fu’s greatest strengths is her ability to turn horror on its head, focusing less on the terror the modern-day monsters incite, but what they reveal about ourselves. For example, in “Pre-Simulation Consultation XF007867,” “Time Cubes,” and “Twenty Hours,” technology is smarter and more powerful than ever, but it’s the humans who manipulate it who are the monsters, not the machines. One of the eeriest stories in the collection is “Twenty Hours,” which forces us to confront the unethical and dangerous ways we use technology. Beginning with a shocking opening line—“After I killed my wife, I had twenty hours before her new body finished printing downstairs”—this tightly woven story maintains its momentum and energy until the very last sentence. The protagonist and his wife, Connie, purchase a ludicrously expensive printer that can print a copy of your body when you die. While intended for accidental deaths, the couple feels “tempted. Curious” and play with death—the protagonist killing his wife several times, Connie killing him once, and Connie killing herself a few times. Early on in the plot, it’s clear the role this printer plays for the couple: a moment (twenty hours, to be exact) to be alone, to reset, to miss their spouse. A neighbor suggests the protagonist divorce his wife if he wants to kill her, but he wants her to return to life: “I want to sit shivering on the cold concrete floor of our unfinished basement, the washing machine against my back, a widowed wreck, boredom and disdain and resentment drained away as after a medieval bloodletting, knowing who I’d be without her, full of new things to tell her, knowing she’s the only person who will understand.” Only when he kills his wife does he realize how lost he is without her, that he loves her and that his life is tightly woven with hers. There are so many incredible layers to this story, from ethical dilemmas (with a Ship of Theseus comparison and everything) to the question of what it means to love someone, and it demands multiple readings to truly appreciate.

Beyond technology, the collection features multiple physical terrors. Haunted dolls, hooded men, sea monsters, and bug invasions appear in “The Doll,” “Sandman,” “Bridezilla,” and “June Bugs” to reveal the internal horrors that haunt us, such as loneliness, the immediacy of death, loss of independence, and domestic violence. In “Sandman,” an insomniac, Kelly, meets the Sandman one night. Despite his terrifying appearance—a man in a hooded cloak that hangs “across his shoulders in an elongated oval, his unseen face recessed in the depths of the fabric. The hem covered his feet, even in his seated position, and wide bell sleeves covered his hands to the fingertips. One shrouded hand rested on her shin.” But Kelly isn’t frozen with fear. She sees not a monster but someone who “seemed parental, benevolent.” When the sand body of the faceless Sandman courses through Kelly’s body, “weighing her down” so much that she’s pinned to the mattress, she enjoys the experience: “she had never felt so full, so satisfied.” She craves his unreliable visits because he provides pleasure in an otherwise sterile life that she spends, by day, at work and, by night, prowling twenty-four-hour diners and gyms. After his visits, she feels “sharpened and dazed,” looking “younger, wide-eyed. Credulous and undamaged.” Towards the climax of the story, Kelly asks the Sandman, “why am I like this?” The Sandman, though disappointed in her perspective, gives her what she wants. Kelly is satisfied, even if it means losing what the Sandman found special about her.

Like “Sandman,” the pubescent teen girls in “Liddy, First to Fly” don’t fear a monster that lurks, instead embracing the pair of wings that emerge and grow on the legs of their friend. Reminiscent of Julia Armfield’s story “Mantis,” the wings in this story are less a horror than a metaphor for the descent into puberty. On the cusp of their bodies and emotions developing, they wait for the changes their parents warned would come: “we’d been told we would develop a new interest in boys. They would suddenly become intriguing, infuriating, and looking at them would make us sweat our new, ranker sweat.” But this doesn’t happen, and the wings take priority: “Boys seemed yet more distant, less interesting, as the girls around me morphed in ways that were truly fascinating. As they grew wings.” Rather than flirting with boys or playing with makeup, the girls spend their days attempting to fly and inspecting Liddy’s growing wings. Their greatest nightmare isn’t that the wings will become more visible, but that a “tall, menacing doctor” would surgically remove her wings with “those lovely, shining feathers,” telling her, “don’t worry, you’ll be a normal girl again soon.” These girls embrace the wings as part of their growth and their identity, finding them beautiful and desirable, as opposed to monstrous.

And then there’s “#ClimbingNation,” one of the few stories without magical realism or speculative qualities, but one of the most memorable. When the protagonist, April, learns of the death of a social media star, a rock climber named Travis, she injects herself into his life and story during his memorial. While she and Travis attended college together, she only knew of him. Nonetheless, she’s drawn to the memorial and Travis’s group of friends, desperate to fit in and be part of a story that has nothing to do with her. The story moves into thriller territory in the last half, with April having to realize “she did not, in fact, know these people at all.” It’s a fascinating story that veers away from the trope of social media as dystopia, only using social media as an entry point for April to seek connection and community. The horror at the end of the story isn’t the potential crime or death that April suspects may occur, but that she is helpless because she is no one to these people.

With every story, Fu forces us to look in the mirror and search for the fears that lurk within all of us—the dark desires we don’t dare speak aloud, the fears that nestle deep into the back of our skull, and the guilt that lingers long after the decisions we make. 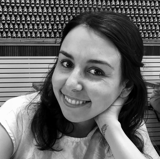 Melissa Darcey Hall is a writer and high school English teacher in San Diego, California. Her work has appeared in or is forthcoming in Fugue, Five South, The Florida Review, The Louisville Review, Columbia Journal, Pigeon Pages, Epiphany, and others.