“The secret, of course,” Joanna Pearson writes in her remarkable new story collection, Now You Know It All, “is that if a woman asks another woman in just the right way, she will do things…A girl can be lulled into almost anything.” This fatalistic wisdom pervades these extraordinary stories.

Such is the world that virtually all of Pearson’s women inhabit, a place of casual cruelty. Again and again, the women in these stories are threatened, even assailed. There seems to be no escape, not from the obliviousness of the world or from the men who run it. Even the well-meaning men are clumsy and oblivious in their responses. “You let him do that to you?” one man asks, a striking moment, a striking indictment, one that festers for a hundred pages after the scene ends.

Despite their gravity, these stories simply pour off the page and into the reader. Everything feels urgent. They read quickly—in fact, there is the desire to gulp them down like a cold drink—but they also manage to feel bigger than they are. Longer, novelistic in scope. How many times did I finish a story and look back at the table of contents: it seemed I had spent two-hundred pages with those characters, only to realize it was only twelve.

Pearson is particularly masterful in creating intrigue that propels us through the stories. Often this intrigue emanates from the margins of the stories as if the energy source comes from the boundary lines rather than the nucleus. Danger is always lurking. “The Field Glasses,” for instance, begins with this characteristic sense of threat: “For weeks my sister Clara had been warning me that there was something in the woods that wanted to eat the children.” Tremors of violence hang at the edges of these stories. The most beguiling characters tend to lurk there as well—a fundamentalist American family touring Rome, a mythical man-child shackled to a stake, a Jeffrey Epstein-style billionaire who lures young girls into his orbit, making them his “modern geishas.” Pearson draws these characters with the utmost thrift, bathing them in shadows and gossip, until the reader begins to suspect that they aren’t real. They can’t be. But they are real, their existence carved into the page, knifepoint rather than ink.

Part of the heft here stems from Pearson’s acumen for dabbling at the edges of realism. There are grotesques in the Southern tradition, cruelties that are remarkable in their nonchalance, women with more scar tissue than skin. Pearson deftly massages these boundary lines without ever crossing them, almost as if to remind the reader of the truth: these men, these awful men, are real.

This is not to say the stories are thoughtlessly grim. They aren’t. In fact, they’re frequently funny and charming. Her narrators are universally insightful, though they often see themselves as inelegant dolts. Much of their charm comes from this unease. “I have, unsurprisingly, the build and pallor of a medical coding specialist,” the narrator of “Boy in the Barn” quips. In “Amo, Amas, Amat,” the narrator grudgingly admits that a beautiful woman does exude “the sort of thin, extraterrestrial quality one might associate with fashion models.” The sardonic humor here succeeds and often serves as a counterpoint in stories that might easily feel grim or relentless.

Perhaps most remarkable, though, is Pearson’s ability to prod a fundamental paradox of humans, and of the way we depict them in stories. Her characters are undoubtedly three dimensional. She renders them with sharp, telling details and places them into difficult situations, forcing them—and us—to squirm. And yet, her characters resist our full understanding. Pearson avoids putting them on full display. Sometimes it’s because the characters themselves seem not to understand fully who they are, and other times, it’s because Pearson herself refuses to give us the full access we crave—that she has trained us to crave. No, these characters remain inscrutable. Enigmatic. The more time we spend with them, the more enigmatic they become. They’re reliably fascinating, in part because they behave illogically, but never randomly. When Darling Bridges, the unforgettable protagonist of “Darling” simply disappears at the end of the story, it feels both unexpected and inevitable. But there was so much more she could have revealed, we think. So much more that we wanted to know. When “The Whaler’s Wife” ends without answering our fundamental question—who the hell are the Whitworths, really?—it feels like a pointed rejection of our expectations. Pearson eschews predictability and sentimentality. We spend fifteen pages getting to know a character, rooting for her, and we feel attached. But we are entitled to nothing, she seems to be reminding us, especially full comprehension.

It’s a marvelous sleight-of-hand. Pearson creates indelible characters in part by rendering their negative images. We always want more of them. We don’t need more, but we want more. Just a few more scenes, we think, just a few more bits of backstory, and then we’ll have them pinned down. We believe this even while knowing better. There is a threshold to our understanding, Pearson seems to be suggesting, and there’s no crossing it. It’s one hallmark of the confident artist—the willingness to write directly through clarity and back into opacity. Because, of course, what do we really understand about each other in the end? How much can we really understand the boy shackled to the post? Or the man who shackled him there? 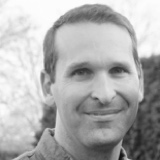 Brad Felver’s fiction and essays have appeared widely in places such as The O. Henry Prize Stories, One Story, New England Review, and Story. His collection of stories, The Dogs of Detroit, won the Drue Heinz Prize in 2018. He lives in Ohio with his wife and two sons.