If poetry is an invitation to explore the contours of a memory, it also is a reaching toward something inexplicable, held in the underlying language of the body. JinJin Xu’s debut chapbook, There Is Still Singing in the Afterlife, is an intimate submersion in memory, ritual, familial ties, and the embodiedness of loss. A winner of the 2020 inaugural Radix Media Own Voices Chapbook Prize—an annual award for two timely chapbook-length works of poetry by debut poets of color—Xu’s collection intentionally defies linearity, instead hinting at the nonexistence of endings.

Since it was released over a year ago, I’ve turned to There Is Still Singing in the Afterlife in moments when I am seeking wisdom, comfort, or immersion in writing that evokes new takes upon each reading. In October 2020, when isolation and grief had overshadowed the year, Xu’s collection arrived as a cathartic and resonant offering of poems; it was a fixture on my nightstand for months.

The cover of There Is Still Singing in the Afterlife is royal blue, and its title is written in white traditional Mandarin characters stacked atop each other in a vertical line, like a delicate spine. Slivers of moon, half full or whole, sit next to the characters, which were hand drawn by Xu’s grandfather. It’s a simple scene, and yet always strikes me as otherworldly, a still sky holding multiple moons.

Xu, who was my roommate prior to the pandemic, finalized the collection from different locations in China, where she grew up, but wrote many of the poems prior to the global crisis. In conversation just a few weeks shy of its publication, Xu told me that imagining the book and putting it together affirmed a feeling she’d long had about her poems being lonely on their own. The poems naturally speak to each other, collaborating in the task of asking questions of The Forbidden and the losses we struggle to name.

Xu covers a wide expanse of topics in the collection, weaving them together around images and ideas that transpire and evolve across poems. She explores multiple forms of grief in the collection, but the poems at the book’s center focus on the death of an unnamed person and his sister, April, to whom the speaker conveys his memory and grapples with the responsibility of sharing stories.

Xu’s lyricism allows for a strong narrative arc throughout—from stanzas punctuated by the word “[STATIC],” to multiple Acts that transition us across time, to the erasure of words from Quotations from Chairman Mao, to the use of disruptive black shading to evoke a nighttime dreamscape, to recurring phrases and motifs.

This book demands attention and inspires empathy, a return to human mundanities; some poems read as prayers, or lyrical myths, or tender calls back into the body. Xu’s first poem reads as a near stream of consciousness, a journey seemingly from the beginning of life: “There they are / my mother my father,” she writes. “In the beginning / it is already too late,     but there is hunger & no time / to waste.” Images of mothers, clocks, October, eggs, mouths, blue wrists, hawthorn, and birth repeat themselves throughout the poem, reflecting a cycle in and of itself that is doomed by time: “The crying of no mothers. Temple bells hung / by the wind. An October without moons / a feeling I’ve been here before. Dew on the page.”

The images, striking and surreal, connect natural elements to the body and blend the boundary between them: “Fall’s charred eyelids.    Toes pressing down my own wet/imprint.      Begin the world    without a bang.” The poem invites us to move outside of structured time and backwards, commanding a gentle rejection of the things our bodies have learned: “Careful / hold the glass up to one eye, split the nucleus / Put down my pen.   Unfold my eyes. Count backwards / before legs, before longing, until I hit a snag in the web.” Xu’s universe of poems are experimental and immersive, infused with images of natural forces to convey hopes and imagined lives.

In “New Year’s With My Aborted Sister,” Xu connects the search for an unborn sister to the speaker’s own desire to imagine her life, their shared life as a family. The sister appears as “a moth! A moth!” on the stairs, who by talking negates the possibility of the speaker’s existence: “you pass me by & just like that, I am carved empty, / one foot on each boat, platitudes // Singing from the bathroom, / a casket of you, a casket of truth. / You open your mouth to unname me.” The poem also holds the embodied traumas of mothers past, reflecting how familial roles rotate and transcend: “I am her daughter in this life, her mother the next. / I undress her grief, suckle cancer from her breasts / dye blush from her mother’s face onto my own.”

Still, the longing transforms into a brave imagination of life, a call to “yank yourself from the sea /  of self-pity, strip those scales / Of memory” and beckon two imagined daughters into being: “Come meet my sister, we are red jumpsuits / flicking confetti, the pause before a tsunami // We rip the cords from our bellies, / slide a jade locket around your neck, / hook you thrice // To this life.”

Xu plays with unique visual elements in the collection’s second poem “Night People,” which uses blocks of black and white to create what appear to be cages around sets of words. It’s standalone in its style within the collection, but visceral in its abstract illustration of drifting in and out of darkness. The text within the color blocks is inverted — within the white blocks, the text is black, whereas words in the black and gray sections are white — placing emphasis on certain phrases, some of which appear only partially, or with subtle shadows behind them. By redirecting attention and expectations around the flow of words early in the collection, Xu invites readers to step simultaneously outside of and into comfort, in a poem centered around the gray area of what is spoken or obscured within families; of the whispers we want to hear from the other side of a wall, or the secrets we want to keep to ourselves. While it illustrates a domestic scene of preparing for slumber within a household, the poem also requires close reading and noticing of fainter texts behind the most visible words, the blurring of boundaries.

As much as Xu’s book looks at the inheritance of grief and contradictions of family, it is also rooted in generous and radical love across lifetimes, in shared homelands, for people lost “to a land without sleep, / days without rest.” The poem “To Your Brother, Who Is Without Name” examines the slipping of memory after death, the incessant desire to recall truth, and to what extent memory is inevitably a fictional invention. In the beginning of the poem, “it is snowing,” as the speaker remembers a moment when she wakes “to find your brother / out the window … Apricot t-shirt / dusted with white, eyes closed in the blue light.”

What does it mean to put memory into words, to convey a person’s outline weathered by time? Xu inhabits this question, bringing us into the feelings that exist around loss of precision and full recollections of people we love: “Every word I say becomes truth,” Xu writes. “Please take my words // as they are, pinprinks of light—.” Later, the speaker names memory as a personal force that, while imperfect, gives us the illusion of maintaining closeness, an intimacy that overwhelms  proximity: “In this story is a promise. Promise / of a brother without Name // word that keeps him living— // Magic Word. / Word beyond Grief. / Memory’s slippery net.” The poem ends with a realization: “April, it was never snowing.”

Xu also highlights censorship and unspeakability. In “To Red Dust,” which is the title of two different, narrative poems in the collection, Xu uses subheadings that situate us in specific times and places to examine different manifestations of red dust; as collective memory, as sacred, unnamed source of faith, as alignment with the status quo. Under the subheading Mao Gao Grottoes, 1994 (Xu’s birth year), she illustrates the speaker holding “a flashlight” to illuminate two figures “drawn in red dust” carving names in stone, “stroke by stroke claiming this life of theirs … the singing desert air, fingertips swirl the silken mud, / presses a red thumb to my forehead, opens my mouth—.”

In Hong Kong, 2019, Xu roots us in the streets of protest against Hong Kong’s extradition law: “chants / falling through our bodies like glass, as if words / will save us from our demise.” In an unknown location in 2018, noted by an empty bracket, Xu evokes a scene of defiance in writing and consequent state punishment. “My father says to forget you, to leave it all in red dust, / but they are lashing your flesh, your eyes / and I am still alive,” she writes. “I beg, as if I know what this earth is made of / falling to dust between my fingers, / as if I know why we cling to this life.” The poems around red dust, at their core, are preoccupied with language and the desire to strip words, names, to their roots, and what it means to exist within a landscape of surveillance: “I am spitting out my lungs, I want to howl your name// across the headlines, carry your body over the threshold/ of holy until words are just words and sight is just sight.”

Then, in Shanghai, in an unnamed time, “we are on the mountain of eternity, my mother & / my father eating fresh peaches, red snappers, suckling our toes,” while in the midst of protests censored by the state, “… students, aflame, monks, aflame, / crushed into static, as if / their lives never existed.” In these scenes, the speaker’s personal world collides with the political, and fears swirl around censorship by the state. “I shall not speak of such things,” the poem ends. “I shall not see & I shall not speak—”

Xu also eliminates words from Mao’s speeches to tell an interior story beyond the public’s perception of his ideology. The poem, “The Revolution Is Not a Dinner Party,” grew out of Xu’s experimentation with whiteout one afternoon, when she was fighting writer’s block. I remember speaking with her when she came out of her room in our apartment, lit up by the discovery of an alternative poetry within Mao’s words. The poem begs curiosity and questions around what words are erased, a web of stories rising from selective words. “And corrupt,/the melody// Goes on/shooting,” the poem ends.

There Is Still Singing in the Afterlife’s final and title poem grounds us in the naming of October, revisiting the apparent anniversary of a loss: “October arrives &    you are back     again / no notice    no fanfare    I look down / ripples    your name.” In this poem, time stretches memory comfortably away from precision  and toward contentment in the felt knowledge, rather than exact recollection, of shared history: “today   when winds change    remember / there’s language between us & no / thing left to say.” Toward the poem’s end, the speaker sings from “that bathtub you loved,” commanding, or perhaps dreaming, of language remembered in the next life: “hear me/ hear you  sing —”

The book is “for my mothers,” Xu writes. “For April and her brother, still singing.” This idea of ongoingness after absence, of timelessness, permeates Xu’s writing, which is as personal as it is expansive, inviting reflection and unabashed fascination with change and its manifestations, untethered from form. 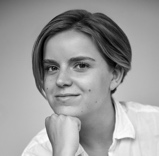 Julia Thomas is a journalist based in Brooklyn, New York. Her work has been featured in The New Republic, DAME Magazine, NACLA, Off Assignment, Nieman Lab, and elsewhere. You can find her on Twitter at @julia_m_thomas.