Reading Perfect Dirt: And Other Things I’ve Gotten Wrong by Keegan Lester is like a long, beautiful conversation with a stranger you just met at a backyard barbeque. You get a little tipsy on the ice cold beer or perhaps the serendipity of the moment and the stories unspool effortlessly and you’re profoundly interested in this stranger who is no longer a stranger. Maybe you sit on a blanket slightly damp from midnight dew or pull up a lawn chair—maybe you peel off the label from your beer—or tear little pieces from your cocktail napkin—scrounge for a pen to write down his quotable wisdoms or tap them into the notes app of your cell phone. And then, you settle in to hear all that Keegan Lester has to say.

There’s a narrative thread that connects these ponderings and vignettes of personal history, but it meanders like a river and doubles back before moving forward, which could present a problem for some writers. But there’s an effervescence of beautiful sentences in this book, an optimism that tugboats you from one scene to the next.

The winner of the 2016 Slope Editions Book Prize, selected by Mary Ruefle, for his poetry collection this shouldn’t be beautiful but it was & it was all i had, so i drew it, Lester is first and foremost a poet. So it’s not surprising that Perfect Dirt reads like a collection of prose poems, lyrical musings about the subjects of his poetry:grandma and orcas and WVU football and the moon, the writer’s life, roommates, lost loves, and ghosts.

As a travelogue, it will have you pining for swimming holes, a woodsy night’s rest in a yurt, honkey-tonks, bayous and the Mississippi River and haunted hotels in New Orleans, Russian nightclubs in Brighton Beach, a Poetry Brothel in Manhattan. You’ll want to look at a map, not on your cellphone or laptop, but a real one—an atlas so you can see the scope of things.

Throughout it all, Lester grapples with his identity as he struggles to codify his personal moral philosophy and to find the humanity in others. In the opening scenes of Perfect Dirt, Lester is a teenager attending a Catholic confirmation class as American bombs rain down for the first time on Afghanistan. The confirmands, in “the living room, where every time before we talked Jesus,” cheer at the green orbs they see flashing across a television screen. Lester, on the other hand, ponders their common humanity. He says of the Afghan people that night:

I don’t know the names or ages of the deceased, but I’m sure some of them were just getting born and others were falling in love. Some were bad people and some were good and most were both. Some had to drag their fathers home down dark alleys because if they didn’t their fathers would spend the family’s rent money.  I was sure that someone was having their first kiss because the sky was falling. I  was sure that as the sky fell, someone knew they would never be lovers with someone else because the sky was falling and this kiss would have to be enough.

Lester grew up in Southern California with a loving family but confesses that he “never took to the language of the place where [he] was raised.” While he says he found his voice in New York City, his heart is devoted to West Virginia where he spent his childhood summers with his grandparents and where he attended West Virginia University. West Virginia is affixed to his personal landscape “like a scar” impossible to forget, impossible to ignore. A place where people do for one another, give you food just because you’re skinny. A place where people understand the chatter of foxes, believe in magic and the improbable. A place where trains still whistle at night, where the woods whisper secrets. The mark is so deep, that as he rambles through his young adulthood, he searches for West Virginia in all the places he goes and the people he meets.

His longings remind me of Breece D’J Pancake who died by suicide at the age of 26. In his short stories, many of which first appeared in The Atlantic, and were later published posthumously in 1983 as The Stories of Breece D’J Pancake, Pancake wrote about the hardscrabble life of coal miners, the disparaged people of the hills and hollows, the haunting landscape disfigured by corporate opportunism. Pancake left West Virginia to teach high school and later to attend grad school at the University of Virginia. In a letter to his mother, he writes, “I’m going back to West Virginia when this is over. There’s something ancient and deeply rooted in my soul. I like to think that I’ve left my ghost up one of those hollows and I’ll never be able to leave it for good until I find it—and I don’t want to look for it because I might find it and have to leave.”

On the drive to Welch, as everything turned green and more green and then spooky green and then damp, my friend and I talked about leaving the state for school and work and coming back. About how I felt bad sometimes for forgetting the way the moon here grins. How the water baptizes you if you swing into it from a tree. How beer cans float in swimming holes next to their human like little tugboats. How people here sing sometimes for no reason at all, just to sing. Even when I leave West Virginia physically, I’m never able to mentally leave the place. I wear it like a birthmark. And like a birthmark, it’s this part of me that I love and sometimes feel different for. It’s a thing that people love me for and strangers often feel a thing that should be covered up or talked about in a singular way.

According to James Alan McPherson, Pancake “was very self-conscious about the poverty of his state” and its inaccurate portrayal in certain books. “His ambition, as a writer, was to improve on it.” Likewise, Lester seeks to render a richer, more complex portrait of the state, offering throughout Perfect Dirt a primer on famous West Virginia folk—actors, football coaches and documentarians, books and movies and podcasts that celebrate the region while exploring its history and culture.

His love and appreciation for the Appalachian community in West Virginia also reminds me of J. D. Vance’s Hillbilly Elegy, not for its similarities but for the sharp contrasts. Much of the personal story Vance tells in Hillbilly Elegy revolves around his slow and painful divorce from hillbilly culture and the Kentucky roots of his southern Ohio family. Appalachia — the variable in a complicated algebraic equation leading to generational PTSD responsible for learned helplessness, poverty, and substance abuse.

But Lester sees it differently. In “the way in which wind moves,” he recalls a kid he grew up with who described the landing zone for a dirt bike as “perfect dirt.” After a while, perfect dirt became an apt description for the kid because he was always searching for dirt “the way surfers chase waves and the summer.” Ultimately, perfect dirt serves as an overarching metaphor for the place Lester loves, all that is good within us, our shared humanity on this earth, convincing us “of beauty in what we can’t see.” 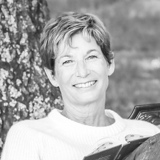