Heller Levi and Keller depart from the staid form of a Selected Poems collection, a fitting editorial choice given the spirit and timeliness of Jordan’s poems, which defy any attempts at classification by distinct decade and book. Instead, the editors use a style modeled after the poet’s own practice. Jordan often republished older poems in newer collections, so the editors follow her lead in organizing the selected poems in achronological order. In their editors’ note, Heller Levi and Keller explain that they wanted to explore the associations and dialogues that arise when newer and older poems sit side by side: “[W]e were excited to see how June spoke to June—and to her readers—across the years.” As Jordan’s earlier and later poems become more and more indistinguishable during the progression of the collection, her poetry emerges out of time, speaking to the era in which it was created and demonstrating remarkable prescience to our own.

Jordan is an indispensable poet and theorist for the contemporary moment because she uses clear language to dream about multifaceted conceptions of liberation. In the opening epigraph, Jordan conceives of poetry as a revolutionary missive: “Poetry is a political action undertaken for the sake / of information, the faith, the exorcism, and the lyrical invention.” In Jordan’s supple hands, poems can advocate for decolonization (“Song for Palestine”) or expel a nation’s rot (“Poem About Police Violence”). Even innovating a familiar verse is a subversive act, as in “Shakespeare’s 116th Sonnet in Black English Translation.” But Jordan also characterizes the poet’s quiet reach to the reader as an essential part of building community in coalition. As she writes in one of the epilogues to the collection, “These Poems,” her writings are “reaching for you / whoever you are / and / are you ready?”

Readers have never been more ready to receive Jordan’s unsparing yet finely wrought works, distilled in this collection to the most powerful selections. “The Bombing of Baghdad,” from Kissing God Goodbye (1997), emerges as a standout poem that interrogates the nation, the world, and the poet’s intentions in two short stanzas:

And in the aftermath of carnage

While Jordan uses these lines to press against the United States’s past and current acts of genocide, her uneven rhyme scheme conveys a sense of uneasiness with poetry’s power. What good is a poem extended as a peace offering, she wonders, if it is a laundry list of injustices wrought by a complicit hand?

Jordan balances her concerns for citizens harmed by U.S. policies with odes to Black life. As the poet Jericho Brown observes in the Afterword, “Jordan is a love poet in the midst of the Black Arts Movement and the Civil Rights Movement.”  The editors ensure the reader sees the depth and breadth of Jordan’s admiring portraits of working-class Black folks, such as “The Reception,” “Notes Toward Home,” “Getting Down to Get On Over,” and “Who See Me.” “If You Saw a Negro Lady” is another subversive “lyrical invention” (as Jordan puts it) in conversation with Langston Hughes. If Hughes prefers to fixate on downtrodden Black women in The Weary Blues, Jordan finds dignity in the smallest gestures of a domestic worker sitting on a Brooklyn bench.

Jordan is never more potent than in her love notes to other Black women, including herself. “Poem About My Rights” (1980) and “Poem to Take Back the Night” (2005) both ache with liberatory desire, and the collection’s innovative framing allows them to sit in adjacent sections when they normally would be hundreds of pages apart. “Poem About My Rights” is a free-verse manifesto against the forces that menace Black women:

As the speaker’s complaints run together in enjambed lines and repetitive phrases, the poem ends with a powerful vow: “I can tell you that from now on my resistance / my simple and daily and nightly self-determination / may very well cost you your life[.]”

The beauty in situating “Poem to Take Back the Night” so closely to the earlier poem is that readers encounter a Black female speaker whose resistance has been her means of survival, a sense she now conveys to others in peril. What begins as a first-person complaint in “Poem About My Rights” morphs into a hushed second-person image at the end of “Poem to Take Back the Night,” where the speaker imagines a safe place away from the threat of sexual violence:

It is less that Jordan resolves the conundrum of existing “as a woman alone in the evening” and more that she refuses to let fear be the conclusion. The Essential June Jordan offers us multiple subtle gestures of existence as resistance, inviting us to take them up whenever we are ready. 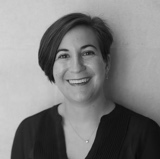 Paulina Jones-Torregrosa is a freelance writer and graduate student based in Chicago. She teaches undergraduate courses in Gender and Sexuality Studies at Northwestern University, and her writing is forthcoming in Barrelhouse and Feminist Studies. You can find her on Twitter @young_abuelita.

0
Paulina Jones-Torregrosa December 1, 2021
No Comments Yet