Daniel Lassell’s iconoclastic debut, Spit, ushers us into a world where we want to lean closer—to see the llamas strung out across the pasture, to hear the wolves the neighbor keeps in a pen, to hold the one-legged chicken the speaker’s mother demanded the vet mend—and at the same time we wish to pull back from this place, clenching our hands to keep our fingers safe from being bitten or sliced.

Winner of the 2020 Wheelbarrow Books Emerging Poetry Prize from Michigan State University Press, Lassell deftly weaves the sorrow and brutality of living an agrarian life— from “The Fellowship of Rabies” to “Nothing ever dies simply.”—with the humor obvious in the poem “The Llama Named James and John Sons of Thunder”:

So, we called that llama James and John Sons of Thunder. Two
names in one llama, the Trinity in a lesser form. A symbol for expansive
personhood. But my brothers and I joked it referred to his testicles:
those sons of Thunder.

This physicality, the continued acknowledgement that the universe of these poems is precarious and delicate as any made of blood and bone, is reinforced again and again throughout the collection. At the same time, this place is sustained and threatened by violence as in “Mom Woke to a Coyote Staring in Her Window”:

And now I hear the pack, wayward, yipping
along the fences, the llamas’ pastures.

without a weapon, only our yelling.

The coyotes who would tear the llamas’ bellies must be run off, the stray dog the family takes in kills a deer but sleeps with a fawn, brush needs to be cleared so the pasture remains open.

Even with this heightened, carnivorous content, Lassell’s poems are often destructively quiet. When I read a stanza, only after I’ve lingered with the lines a moment after the final punctuation will the jaws of the language begin to work. This pauses me, making me feel slightly raw and off-kilter, but keeping my feet firmly on the ground.

Standing in a murky creek,
I feel the fish nibble
my leg hairs.

I submerge my head
and the dogs look around
as if I’ve left.

While the collection isn’t a novel in poems, Lassell has threaded a narrative arc with recurring characters: our speaker, the siblings, the parents, the neighbors, the llamas, and the farm. We witness an almost coming-of-age account of the speaker, and an elegy for the fenceposts, barbed wire, and water troughs. But please, don’t confuse this collection of poems for a traditional coming-of-age. The moments Lassell wades through with the young speaker are more of a realization of a way of life and place than of self. The self-awareness of the speaker isn’t revealed with introspection, but in relation to the farm and the human and non-human community slinking in the hills.

The culmination of the speaker’s relationship to their self is actually achieved only after they leave the farm and their home. So much writing about place is embedded in longing once whatever home we know has been left behind. Yet Lassell does not pine for the llamas, the neighbors, or the quiet of the night once the setting shifts. In “The Afterlife” the reader witnesses the speaker’s hesitancy to proclaim their comfort in this new home: “Is it beauty or betrayal / that I should embrace a crowd / and not the earth?” The final two sections of the collection center on this transition to a more urban setting, and the reader is begged to question if this might also be an example of “expansive / personhood” not unlike the llama’s (James and John Sons of Thunder) naming.

Lassell’s poetry celebrates the contact and connections inherent in a shared life, which all his poems center around. In “The Light and Where it Lives” I witness this nourishment, this unity, and believe the speaker when they say, “Now that I live in a city, / something about community / tends a community in me.” 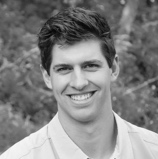 Noah Davis’s manuscript Of This River was selected for the 2019 Wheelbarrow Emerging Poet Book Prize from Michigan State University’s Center for Poetry, and his poems and prose have appeared in The Sun, Southern Humanities Review, Best New Poets, Orion, North American Review, and River Teeth among others. His work has been awarded a Katharine Bakeless Nason Fellowship at the Bread Loaf Writers Conference and the 2018 Jean Ritchie Appalachian Literature Fellowship from Lincoln Memorial University.