“The Certain Body” appears in Issue 38.

This poem begins and ends by celebrating what Lucie Brock-Broido calls an “an attention / So attentive it is next to worshipping.” That attention is trained on a series of stones:

Each taking months
to sand, surfaces made
aware of their own
precarity and also
the miracle of them
being here in this
museum

Here are a couple of these man-made gems:

The museum is the MET Breuer (what was once the old Whitney, on the corner of Madison and East 75th).  The exhibit is a retrospective, “To Fix the Image in Memory.” The artist is Vija Celmins.

It is the fall of 2019. I have been reading from my new book of poems all over the country. This weekend I am in town, though, and I get to go on a date with my wife. A sitter is home with our Littles; they are watching Moana, eating macaroni and cheese.

We take our time at the museum then have to hurry through a half a glass of Chablis and a small plate of scallops at Flora Bar, on the ground floor of the museum. We will end our night at the other MET, all but cantering through Central Park, hand in hand, to get there on time for Lise Davidsen’s debut.

For this work, Celmins made bronze casts of eleven rocks and then painted the casts to resemble the original stones as closely as possible. In an interview, she recalled, “I got the idea for this piece while walking in northern New Mexico picking up rocks, as people do. I’d bring them home and I kept the good ones. I noticed that I kept a lot that had galaxies on them. I carried them around in the trunk of my car. I put them on window sills. I lined them up. And, finally, they formed a set, a kind of constellation. I developed this desire to try and put them into an art context. Sort of mocking art in a way, but also to affirm the act of making: the act of looking and making as a primal act of art.” By having each original rock installed with its duplicate, Celmins invites the viewer to examine them closely: “Part of the experience of exhibiting them together with the real stones,” she has said, “was to create a challenge for your eyes. I wanted your eyes to open wider.”

I love the idea of wanting the “eyes to open wider” in this (or any) encounter with art. In a conversation with Phong Bui in the Brooklyn Rail, Celmins affirms the “looking” required by these stones:

That lines up so nicely with the purpose of art, as Viktor Shklovsky sees it in “Art as Technique” (1917):

Habitualization devours work, clothes, furniture, one’s wife, and the fear of war. ‘If the whole complex lives of many people go on unconsciously, then such lives are as if they had never been.’ And art exists that one may recover the sensation of life; it exists to make one feel things, to make the stone stony.

I could not resist bringing Celmins and Shklovsky together in the last line of the poem, singing what is

meant to remember
the real thing, painted
stones whose stoniness
fix the image in memory.

the same sky,
same city of stars
(not the same at all)

I sing the ocean

whose waves are
italicizing across a canvas

I sing all of these things and, also, the very act of seeing, the act of making, the attention, energy, time, technique, and ambition that art on this scale requires.

“The forces arrayed / against seeing” seem to grow stronger by the day. That scatter, distraction, pace, and complexity can be offset by what (or whom) we allow to hold our attention.

That is also the stillness on the surface of certain paintings and poems (which make no secret of the breathlessness and movement and feeling under that surface). I am so grateful to Peter LaBerge, Heidi Seaborn, Kate Sweeney, Matilda Berke, Sheng Kao, Catherine Renaud, David Roderick and Ally Findley for including this one alongside so many gorgeous new poems in the most recent issue of Adroit. 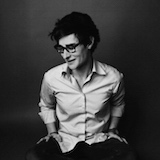 Julia Guez is a writer and translator based in the city of New York. Her essays, interviews, poems and translations have appeared in Guernica, POETRY, The Guardian, Adroit and BOMB. Four Way Books released her first full-length collection, In An Invisible Glass Case Which Is Also A Frame, in 2019. Her next book, The Certain Body, will appear in the fall of 2022.