Monica West’s debut novel, Revival Season, is a lesson in tension. Set in a Southern, Black, Evangelical community, the novel follows fifteen-year-old Miriam Horton as she and her family traverse the country by minivan so that Miriam’s father, a faith healer, can conduct revivals that draw thousands hoping to be healed of diseases. The novel is set in what seems like the present day, though it’s difficult to know, as the Horton family is removed from most of the trappings of modern life—Miriam is home-schooled and doesn’t seem to have access to the internet or a cell phone. It’s in this contained environment, isolated from anyone outside the church, that Miriam has grown up. Yet a memory from the previous year’s revival haunts her as she watches her father work the crowds at a revival.

In every chapter, West cranks the jaws on the story’s vise. West reveals that Miriam witnessed her father hit a pregnant woman in the stomach, a woman who had doubted him during a revival the previous summer—whether by accident or intentionally, Miriam isn’t certain—and she tries to ignore her own doubt because “doubt was a sin.” But during the current revival season, after witnessing her father commit yet another act of violence—definitively not an accident—Miriam’s doubt only grows, first doubt in her father, and then doubt in her faith. “Who was this man we were following everywhere, trusting the words that came out of his mouth like gospel?” Miriam thinks. “And what else was he capable of?”

Over the course of the novel, Miriam’s faith doesn’t fall precipitously, but it waxes and wanes in the wake of her father’s violence, and as she comes to understand her mother’s inner life and takes care of her younger sister who has cerebral palsy. West writes:

[Ma] gave her life to Jesus on the spot and married Papa six weeks later. We had lived under the canopy of that belief my whole life, eating and drinking faith in God first and Papa second, never questioning Papa’s healing abilities, the same way we never questioned the existence of the sun, even when it was hidden behind clouds. Our belief left no directives about what to do if our faith in Papa faltered.

From the very first page, sin is on Miriam’s mind. Not only is doubt a sin, but lust is a sin; even manicured nails she’s seen in a magazine at the library are sinful, “nails that we would never be able to have, since vanity was an unforgivable sin.” West delicately portrays Miriam’s doubt both in scene and linguistically. As Miriam questions her faith in her father’s gospel, she focuses less on what she’s internalized as sinful, instead following her own moral compass. When Miriam’s best friend Micah experiences a diabetic seizure, Miriam reaches for prayers that she “hadn’t said in weeks,” prayers she “hadn’t thought about saying to a God who had forsaken us.” Miriam recites her father’s revival prayers, even though she knows that those prayers were “reserved for Papa and men like him.” West writes:

According to First Corinthians, spiritual gifts were doled out to men and women equally, but according to Papa, women weren’t allowed to exercise those gifts over men. So even if a woman could speak in tongues or heal, it would be sinful to act on this ability.

Any work of literary realism that explores questions of faith or the existence of a supreme being is bound to land differently with different readers. West walks the fine line of showing the protagonist’s journey of questioning her faith without being prescriptive, leaving just enough ambiguity for readers to come to their own interpretations. And the notions of belief, even within the context of Miriam’s Southern Evangelical community, are complicated further as West twists the vise even tighter on her characters. After Miriam recites the prayers over her friend Micah, the two girls realize that Miriam has healed her. But how is this possible?

Unsure about her ability to heal others, and doubtful of her father’s ability, Miriam begins to question everything around her. West writes:

…only a couple of days before I still believed that Jesus Christ was Lord, Papa had the healing gift from the Holy Spirit, and we had to follow his lead. But those final two truths had been splitting themselves in my brain, like cells during mitosis. One truth became two possible truths, and then four, and then eight. By the time we arrived back in Texas next month, it would be impossible to know what was true anymore.

Toward the end of the novel, Miriam tests her father’s healing powers by putting her father on the spot in front of his congregation, asking him to heal the family’s youngest daughter of her cerebral palsy. Yet just as deftly as West characterizes Miriam’s complex doubt, she paints the other characters—even Papa who, by most measures, is the novel’s antagonist—with a great deal of empathy and compassion. Though this moment could have been written as a vengeful moment between daughter and father, West paints the scene delicately. As Miriam considers her father, she thinks, “He had been pretending for so long that he had convinced himself that he had actually done it. Or maybe he thought her healing had restored something he had lost long ago. He had to know it wasn’t him.” And though Miriam recognizes her father’s flaws, the novel explores her awakening and realization of her own agency. Like the best fiction, Revival Season offers more questions than answers, but as it deals with such a thorny subject, it leaves space for readers to draw their own conclusions. 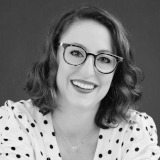 Rachel Zarrow is a writer living in San Francisco. Her work has appeared in Electric Literature, BUST, The Atlantic, Bon Appétit, The San Francisco Chronicle, and elsewhere. She is at work on a novel. Find her online at @rachroobear and www.rachelzarrow.com.