Writing about the place where you grew up can be a fraught endeavor. Our hometowns are places that often feel as though they belong to us because our earliest memories are set there. But what does it mean to write about your hometown? Does living somewhere give you ownership to write and speak on its behalf?

Kazim Ali interrogates these questions in his new short, powerful braided work of nonfiction, Northern Light: Power, Land, and the Memory of Water, published in March 2021. Ali is compelled to return to where the tiny town of Jenpeg in Manitoba, Canada once stood, a place where he lived as a child for a few years. Jenpeg was a temporary town that once housed the families of workers building and operating a new dam on the Nelson River (Ali’s father was an engineer on the project). Blending historical research, memoir, and reporting, Ali asks his readers to re-evaluate what it means to belong in a community and feel ownership of a piece of land permanently scarred by colonial violence.

Ali was born in London to South Asian migrant parents, and moved between several small cities in Manitoba, Canada while growing up. As an adult now living in the United States, Ali finds himself nostalgic for Jenpeg and the surrounding area. In an attempt to re-encounter the place where he felt the strongest sense of belonging, Ali embarks on a reporting trip to northern Manitoba with the intention of revisiting the place that holds such powerful memories. But what he encounters as an adult complicates his positive memories of Jenpeg’s fleeting existence as he learns the extent of the destruction wrought by the dam his father helped to build.

Manitoba Hydro, the utility company Ali’s father worked for, built a dam that has subsequently ruined the ancestral land of the indigenous Pimicikamak (more commonly known as Cree), causing long-term environmental and economic damage. This wreckage has only been made worse by a litany of broken promises from the Canadian government.

Once the Nelson River dam was abandoned, Ali’s former “home,” Jenpeg, all but vanished. For Ali, Jenpeg holds dualities: it is a place and an absence, a piece of earth and an idea. He writes about it the way one might write about a deceased loved one: a profound presence even in absentia: “My time in Jenpeg swirls around me. I didn’t recognize anything…the town I remember is gone. Gone. The town is gone.”

But he knows this “home” land does not belong to him. He reminds the reader often that he is revisiting a place where he only lived for a few years, which forces him to analyze his own understanding of Jenpeg and what it means to call this non-place a home. Ali’s writing treats his hometown and the land it sat upon the way so many writers ought to: as an internal contradiction inseparable from his sense of identity, temporary as all places are in some way, inseparable from the destruction and colonization of indigenous land.

Ali forges a poignant intimacy with members of the Pimicikamak tribe in the nearby town of Cross Lake (close to the now-vanished Jenpeg), a place that he describes as “worn around the edges.” Given his own family’s history with being forced from their ancestral homes in India and Pakistan, he draws parallels between colonialism’s legacy in Manitoba and the difficulty the Pamicikamak have building up community resources to empower their people once more. Ali shares a form of this collective trauma that the Pimicikamak experience, understanding a form of disruption that results as a consequence of colonial powers.

Despite his initial desire to find and reconcile his relationship to Jenpeg as a character, he instead begins to view the land that Jenpeg, the dam, and Cross Lake sit upon as a source of power. Cross Lake provided power and energy to parts of Canada from the dam constructed on stolen land, but Ali is most interested in intangible forms of power the landscape can hold: the power of history, memory, ritual, and trauma.

Ali brings power back to the people who have lived on this land he remembers with nostalgia, by letting them tell their own stories. Though the book can be categorized as braided memoir, it also reads like a collective profile of characters Ali meets: Chief Cathy Merrick, a determined community leader constantly advocating on behalf of the Cross Lake families and children; Darrell, a Pimicikamak tribe member who drives Ali around Cross Lake; and Lee Roy, who invites Ali to take part in a spiritual “sweat” ritual. Rather than generalize about the residents who have lived in Cross Lake and witnessed the dam’s devastation, Ali humanizes them, deferring to their lived experience of a place that he himself passed through as a child.

Ali’s prose, particularly when describing members of the Pimicikamak tribe, is self-conscious, aware of the fraught nature of writing about communities and spaces that were never his (referring to himself as “[a]n Indian among ‘Indians’ with something to prove”). Yet what I admire most about Ali’s work is his insistence upon making space for the community’s yearning tied to Manitoban land, identity, and memories.

This idea of the relationship between land, power, and memory in Manitoba has been disrupted and corrupted by Western ideas of ownership, a form of violence Ali seeks to rectify even at the grammatical level. He contradicts our Western assumptions about what we view as the inanimate natural world, asking the reader to consider that the earth itself is an animate, living site of resistance. From the very beginning of the book, he says no matter how often he moved as a child, “no house claimed me.” This grammatical subversion is a small yet meaningful gesture towards decolonization.

Ali, known as a poet, brings his poetic sensibility to his literary reportage and descriptions of Cross Lake. His own blend of identities and blurred sense of belonging are paralleled in his blended use of genre and form—he cannot fully separate his nonfiction from his poetry, which is evident in the way he positions himself to the book’s project: “Would I be going there as a poet or as a journalist? An ethnographer or scholar or memoirist? Or just a lonely person who wanted to look at a place he once thought of as home?” The result is prose that brings lyrical beauty, dignity, and life to a place that has not received the respect it rightly deserves.

Several Pimicikamak people Ali meets tell him that if Jenpeg has had such a hold on him, to the degree that he felt compelled to return as an adult, then he too can call it his home. Writing about “home” as place and community is not about ownership or even ancestral ties. Rather, it is an obligation to treat our cherished places with the same respect we might extend to another human being.

Ali attempts to do what the Pimicikamak tribal members do: consider the land as a conscious entity unto itself, and therefore a character. As Ali is told, “the Cree view of the landscape includes people, animals, trees and other plant life, the water itself, and even the rocks and soil and dirt as equal components. Why shouldn’t the poplar trees have a vote?”

Rather than find his family’s previous home, Ali places importance on revisiting his memories while also respecting, honoring, and holding space for the disrespected landscape where his now-demolished childhood home once stood. Northern Light complicates our preconceived definitions of home, belonging, and identity, begging the reader to make every visit to their hometown a more nuanced, and perhaps more generous, experience. 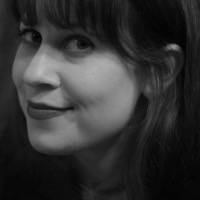 Sarah Rosenthal is a Nonfiction Writing MFA candidate at Columbia University, where she also teaches undergraduate writing. Her work has appeared or is forthcoming in BITCH, GEN Mag, Gay Mag, Creative Nonfiction, LitHub, Electric Lit, McSweeney's Internet Tendency, and elsewhere. She also publishes a semi-monthly Substack newsletter on anxiety and pop culture entitled Nervous Wreckage. You can find more of her work at www.sarahrosenthalwrites.com or on Twitter: @sarahmrosenthal.