Dara Passano has worked in human rights and international aid for more than 20 years. She is the author of The Guardian UK’s Confessions of a Humanitarian series. Dara’s work has appeared in The Southern Humanities Review, J Journal, Anomaly, The Apple Valley Review, Ruminate, Arcturus, Meridian, The Tishman Review, Typishly, The Manzano Mountain Review, Thought Catalog, Crack the Spine, Points in Case, and elsewhere. Find Dara on Twitter (@DaraPassano) and through the Word Link Literary Agency.

Bailey Bujnosek: How did you find out about Adroit? What made you decide to join the prose team as a reader?

Dara Passano: I found out about it during an open call. I’d submitted to Adroit in the past so I was on their email list, and they sent out a general call saying they were looking for readers. I applied, and got accepted obviously. I had a few different reasons for doing it. .The first is that I’ve been submitting to journals for a few years now, and sometimes that whole world seems a bit opaque when you’re standing outside of it. I wondered how the journals worked, how the selection process happened.

I was also hoping it would give me a way to grow as a writer. Being inundated with so many different people’s different sorts of writing, and being pushed to analyze them and share those analyses and discuss them with others, has been a really good way to grow as a writer. And I was also wanting to give back to the literary community, because it’s been such a big part of my life.

BB: What would you say you’re looking for in a prose submission?

DP: When I first started submitting, I used to feel really frustrated by journals that would say, ‘We just publish stories that are good. Send us your best.’ And I would think, that is not helpful, I don’t understand what it is you’re looking for. But now that I’m reading, I kind of get why they say that, because really I’m just looking for stories that are good—which isn’t helpful for a writer, right? I really want to see growth in the story. I want to see that the characters are real people, that they’re fully realized. They’re flawed. And something happens. We get a lot of amazing submissions. We do also get a lot of stories, though, that even if they’re very, very well written, not a lot happens, or the characters are not pushed in any way.

You know, Flannery O’Connor—and I will butcher this—but she said once that she can’t tell you what her story is about. If she could tell you what her story was about, she wouldn’t have to write the story in the first place. If you want to know what the story’s about, you have to read the story. And I think that’s very true. So I look for a story that cannot be easily described. It is evoking for us something very important about the human condition that couldn’t have been explained in any other way.

BB: Switching gears a bit, you spent twenty years in Asia and Sub-Saharan Africa doing a variety of humanitarian work, as well as other work. How did you get your start with all of that?

DP: My father is from the United States, and my mother is from Europe, so I grew up in a sort of international way. I grew up in the United States, but I left for good when I was twenty. I did Peace Corps, and then I did Peace Corps again, and then I taught English, and then I did archaeology, and I did all kinds of things. I was very curious about the world, and not a huge fan of some of the politics happening in the U.S.—at that time it was the Iraq war. I wasn’t a big fan. I felt more comfortable exploring other cultures, and other countries. Over time I ended up working for the UN, and working for NGOs, and I made a career of that.

BB: You mentioned in an earlier email that your Pushcart Prize–nominated story in J Journal, “The Unfinished Chapel,” was fifteen years in the making. What was your writing and revision process like over that period of time?

DP: That short story is one of the ones that took me the longest time. I was hitchhiking in Tibet and I ended up in a monastery. A series of things happened. I met some people. And I was so interested in what was happening around me that I ended up staying for a while. I wrote a story then, but it was the wrong story. And I rewrote that story so many times, until I finally felt like it was the right one. There’s, like, seven other totally different versions of it. So I think it depends. And I think also, sometimes, we are introduced to the idea of a story but we need some time, some growing up, before we understand what was happening in that story.

BB: You have a novel on aid work and civil war that’s set to be shopped around this year. Can you tell me more about that?

DP: I lived in the Central African Republic, and I lived in the eastern Democratic Republic of the Congo. These are two conflict areas. They’re pretty intense. Together I spent about three and a half years, four years, in those areas. I don’t want to say I became very cynical or jaded, but I appreciated that there’s a lot of complexity there. It’s something so difficult to explain to someone who’s not been in that situation—it just seems absurd.

In 2015 I started doing a monthly column for The Guardian UK about being an aid worker. It’s a funny column, so it’s written as satire, but it’s not actually satire. Like, it’s pretty real, but it’s absurd. That’s the vein which the novel is in. It’s trying to show situations that are so absurd that if you were to see the details of them, you would think they were ridiculous. But it’s actually true. Kind of like the coup attempt in the United States. When you look at those photos and you listen to the story, you think, ‘that’s insane, that couldn’t possibly happen.’ But it happened.

BB: When writing the novel, did you find that you had a very different process than with short fiction?

DP: I started out wanting to be a novelist, since I was a kid. In my early twenties, I started writing novels. I think I finished my first one when I was twenty-three. And it was terrible. Nobody wanted to publish it, because it was terrible. But I kept writing them, and they were all terrible. Eventually I worked out that I was going about things backward. I needed to know how to write a good story first, before I tried to write the novel, which is a massive undertaking. That’s when I turned to writing short stories. I’ve written for a long time, but I didn’t start submitting stories until, I don’t know, 2014? 2015? And it’s been very helpful. After learning more about stories in the short story form, I found it much simpler to write the novels that I’m working on and that I’m hoping to publish now. They turned out much better than my first attempts.

DP: Oh wow, my inspirations. But there are so many! Really, there are so many good writers out there. For short stories, I would say some of my favorite short story writers are Jamel Brinkley, Yoko Ogawa, and Edwidge Danticat. In terms of novelists, I’m a big fan of James Baldwin, of course. And Louise Erdrich, Doris Lessing. Michelle Good and Elena Ferrante. There’s a Japanese writer, Natsuo Kirino, who’s amazing. Elif Shafak, she’s awesome. There’s a great Rwandan writer named Scholastique Mukasonga, and of course the Polish writer Olga Tokarczuk. And Patricia Highsmith is always delectable. 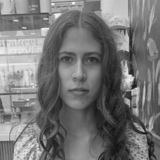