In her fourth collection Rain in Plural, Fiona Sze-Lorrain attempts to delineate the space between worlds—life and death, dream and reality. Cutting across myriad formal avenues, her explorations carry grief over the passing of family and friends alongside a trove of cultural knowledge of both the east and west. With a musician’s ear, Sze-Lorrain deftly transitions between short requiems and longer, multi-sectioned poems, giving Rain in Plural a cumulative sense of being lifted up by waves. The rise and fall of Rain in Plural echoes grief’s long pattern, but its questing nature brings readers from disorientation and dream into the full scope of the body’s spirit.

The dichotomy of body and spirit permeates Rain in Plural, as Sze-Lorrain’s first-person speaker attends to daily and nightly tasks—sweeping a balcony, burning sweetgrass, reading chain novels, soaking her feet—while her senses seem attuned to a different sort of world that echoes within a body and travels far beyond. “On a night like this, I hear the spirit / in a simple three-four beat,” Sze-Lorrain states in “Macabre Dance,” a poem where sight and touch battle as “the blur of a gray horizon [shifts] / before dividing into two feral / zones.” Here, the body (voice, navel, groin, nipples) and spirit (joy, lust, remorse, glory) waver, as if uncertain which carries the dance’s melody. Sze-Lorrain’s spirit world is not born of grief but is fed by it, as seen in her witness to the real battle of body and spirit while attending to her grandmother on her deathbed. By addressing “this body” in both past and present tense in “A Matter of Time,” Sze-Lorrain allows her poem to hover in a space between life and death. The grandmother’s “three lives four countries in nine decades” hovers, too, in memories of a village’s stone house, its kitchen full of sesame cakes and dumplings. Yet Sze-Lorrain knows how a body yields:

…What’s left behind of the field
reminds me of this body. A wounded
horse which must suffer in order to live.
Rubble fresh and set apart from the disaster.
The body is fighting with the spirit inside it.
What would the flesh say? Nothing,

it says. It says nothing.

The poems that follow in Rain in Plural further explore the body’s silence, or rather, provide a counterargument that suggests that “nothing” can in fact be loaded with sense and detail and emotion.

As with her earlier collections, Sze-Lorrain’s musicality is on full display, not only through her many references to song form (arioso, requiem, plainsong) and musicians (from Liszt and Callas to Clapton and Dylan), but also through her strong awareness of pacing and tempo. Given the complexity of ideas that she is grappling with in Rain in Plural, Sze-Lorrain smartly provides lightness by varying length and form throughout the collection. Longer poems are interspersed with poems only a few lines long, and poems with multiple sections are not formally imitative of each other, providing a rise and fall of tensions, ideas, griefs, and resolutions. Throughout, sound and silence are linked, as seen in “Loose Cloud Chronicles”:

“I Far From Manhattan”

…In a bright piazza, he stopped
for music, the absolute
silence mimed in a pianist’s gestures.

Silence no longer an invisible gift,
Spared by a speechless clock in the toilet.

Listen to what Ludmila B. failed to break. Listen to how she said her grace
and tried to sleep.

The connection between sound and body, silence and spirit, builds like musical variations in Rain in Plural. Among the more playful variants is the “Give Up Thinking Twice,” which masters repetition in its first, “[Acoustic]” section by having second and fourth lines of the poem’s quatrains drop into the first and third lines of the subsequent stanza. The effect is that of water falling, or, more fancifully, a harpist playing arpeggios. This reflection on the work of Bob Dylan becomes “[Electric]” in the second section, where the same lines appear without repetition:

…I credited the wind
for his cri du doeur, discredited the same
wind for his rhythm. How much delirium to be heard
as a poem, he did not answer. Did not bother.
To clarify music was not his task.

By also shifting the earlier section’s line breaks, Sze-Lorrain creates a fast-paced stanza that races toward its second stanza, which is pulled from Dylan’s own “Desolation Row” lyrics. Whether creating a poem that mirrors itself, as in the second section of “The Saying and the Said: Ventriloquistic Cloud Chronicles,” or sequencing dream-like prose poems to explore grief and “the death of selfdom” in “Nine Solitudes,” Sze-Lorrain is acutely aware of her language’s tempo and how the silence of white space encourages readers to listen.

Luckily, Sze-Lorrain does not make us listen alone. Rain in Plural is a largely reflective collection, and we experience repeated water images of rain, boats, tides, and the sea as an expression of Sze-Lorrain’s grieving mind. Storms fill with the loss of loved ones. Waves string thoughts across the tides. “The sea, its glands,” are for Sze-Lorrain in “Sea Ballads,” “each an authentic presage. Their breath, my haven—a disfigured kingdom.” In motion or stagnant, this water imagery is often lit with stars and moon, so that the poems of Rain in Plural merge cyclical elements of earth and of the heavens in small acts of cleansing. In “Eternity,” the final poem in Rain in Plural, Sze-Lorrain asks how the spirit can be defined without a body:

…Once
of stone,
before a winter moon,
the spirit moves from one width to the next height, lighter
than the sweet failure
of wind and hours and a stranded sail.

Directly addressing the spirit, Sze-Lorrain suggests it controls little of the world but humanity’s questioning of life and death and offers nothing in its departure: “but the reason to fade, that it is beyond you to respond to silence, / after the cold, when pain / outwears pain.” Eternity may be a dream to Sze-Lorrain, but the frictions of the world can be healed by a storm’s rush of clean water.Rain in Plural is a collection that quietly insists on your attention. From start to finish, Sze-Lorrain uses grief as an entrance to a discussion of the eternal, and her exploration focuses on how the body senses the physical and temporal world. Sze-Lorrain’s philosophical musings wind through past experience and future considerations, and her poems are deeply read and felt. Rain in Plural speaks across longitudes, drawing on rich allusion to writers, artists, dancers, and musicians from around the globe to add depth and weight to its consideration of the ethereal. While Sze-Lorrain has no firm answers to give about what exists beyond the body, she does hint that creation and art, by best capturing humanity’s voice and silence, are what make our shared spirit last. 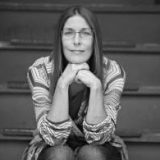 Lisa Higgs’ third chapbook, Earthen Bound, was published by Red Bird Chapbooks in 2019. Her poetry has been published widely, and her poem “Wild Honey Has the Scent of Freedom” was awarded 2nd Prize in the 2017 Basil Bunting International Poetry Prize. Her reviews and interviews can be found at the Poetry Foundation, Kenyon Review Online, and the Adroit Journal.