One of my biggest complaints about critical writing is its seeming obligation to use big words and obscure references. A word like sesquipedalian, for example, can act like a bouncer on the page, blocking entrance to the reader who has opened the book in good faith. Of course, one can push on the clunky word and try to make sense of the unknown by its surroundings. Or one can leave the word behind to consult a dictionary:

Sesquipedalian. adjective. (Of a word) Polysyllabic; Long. In essence, a very big word.  (Is the word itself absurd?)

Reading a book full of big words can be fun, language always slightly out of reach. Just as there is a secret thrill in naming something perfectly, especially when so much of my time is spent dumbly pointing toward what I mean to say. But at what cost? An overly complicated text can make a reader feel they’ve ended up somewhere they don’t belong, or worse, somewhere they don’t deserve to be.

Here is a sampling of words I didn’t know from just one of the essays in Wayne Kostenbaum’s new essay collection Figure It Out (Soft Skull Press, 2020): inanition, senescence, paratactical, jejune sequentiality, asemic, perseveration, schizogenic. The back cover of the book contains a list of other big words one can find inside, an advertisement of its sesquipedalian aspects: marmoreal, specular, paraphimotically globose, etc. I did not look up the meanings; it seemed more honest not to know. Instead, I’m now thinking of the words as they are to me, as more or less meaningless. And I doubt Koestenbaum would mind. Rather, I think he would be thrilled that his words became mush as I read aloud from a book now so full of circles and question marks and strike-throughs that it’s been reduced to a doodle. For in this, Koestenbaum’s 20th book, his own erudition has become not just the point of his essays, but their medium, which is to say they are paintings drawn from the stuff of his mind that happen to be made of words.

It’s tempting to liken Koestenbaum as cultural critic to an abstract expressionist who finds the real in conceptual realms, even as Koestenbaum’s stubborn interest in the mundane—his spectacles, his piano, a comma, a line—threatens to break the movement’s non-objective code and send him tumbling toward the sacrilege. “I feel like I’m spitting on someone’s grave by writing enthusiastically about a mere object,” he writes in his essay “My New Glasses.” And perhaps he is. A collection of essays written over 10 years, Figure It Out is the work of a man who, at the age of 61, is only just realizing the false promises of idea and intelligence. But rather than resisting his fall from grace, Koestenbaum streamlines. Like the word sesquipedalian, the title Figure It Out seems an intentional nod to the absurd, the book not just an ode to self-destruction but an occurrence of it, as if Koestenbaum were tempting his own fate.

The book is thick with homages to self-destruction and failure, but nowhere more directly than in the essay “Punctuation,” which considers various marks as pauses in conversation with Koestenbaum’s own pummeling kinetic energy. He writes about how the use of the period, for instance, provides a “retroactive fixity” that heightens both what a closed sentence said as well as what it failed to say. “We can forgive its incoherences,” he writes, as if reassuring himself that it’s okay to move on. Or, is it compelling himself further, daring himself to strive for incoherency? In the essay’s next section, Koestenbaum lauds Marguerite Duras for her sentences that “tear themselves apart before they can achieve assembly.” Turning his observation into a philosophical riff, he continues: “We destroy sentences to banish style’s encumbrances. As a reader, I seek sentences that reveal—in their method, not merely in their meaning—a core of self-destruction.”

A word to the wise: do not become overly concerned with the conceptuals of punctuation here. Better to notice that the essay itself is laden with commas, the critic’s sly call to the reader’s capacity for observation. Pause as they arise and inherit what it is to be heeded: “Punctuation, today, allows me occasional—fleeting—proximity to suddenness. Suddenness is how I recognize aura: its quick arrival. And so I am always trying to listen closely to the timings of arrivals and exits.” To read the essay in this way is to take the words for granted, to give in to one of Koestenbaum’s earlier devotions, “to the writing trance’s inviolability,” as if writing, like art, can function aesthetically so that its words exist entirely beyond the scope of meaning.

For an example, he turns to Gertrude Stein, whom he praises for the following sentence, which is, for her, atypically loaded with commas: “It happens very often that a man has it in him, that a man does something, that he does it very often, that he does many things, when he is a young one and an older one and an old one.” Kostenbaum theorizes that here, Stein’s punctuation is offered to help the reader to “perceive the pause,” “forgiving its puerile American readers for their inability to hear the words actually being spoken to them.” In hindsight I realize that it’s here I should have caught on to Koestenbaum, who is also trying to forgive readers (like me) who failed to notice the sonic quality of his own prose, lamenting instead its complexity. But I didn’t realize until later, 100 pages later, when he offered a few of Adrienne Rich’s sonic sentences and pointed at them too—listen: “water drop in tilted catchment,” “gentleness swabs the crusted stump.” And then Koestenbaum’s soft confession: “Even when I try to be transparent, my intrinsic tropism toward ornamentation turns clarity into cloud.”

Read this sentence from Koestenbaum: “Figure out how to find the latently febrile tendencies lurking within reticent quiescences.” Do you know what it means? (I don’t.) Now read it out loud. (I’ll wait.) How did it sound? Feel? For me, in its own way, the sentence was round and complete, as if to heed its obscure directive is to ignore its meaning too.

Having learned to approach Koestenbaum’s erudition differently, playfully even, I was newly receptive to its underbelly of sadness. For example, in “Game of Pearls,” a study of Koestenbaum’s relationship with his piano, I couldn’t help but feel that, despite its upbeat tempo, the mood is terribly sad, conjured perhaps by Vladimir Horowitz’s Bach-Busoni Toccata in C.

The song begins with the same humorous and frenetic energy as Koestenbaum’s, tempting one to put the two artists on the same artistic plane: Horowitz a maestro of keys, Koestenbaum of words. Both impossibly quick and seemingly impulsive. In the presence of either artist’s work, the audience’s job is the same: not to understand what the artists do, but to receive their work, and then to inquire further: How does he do it?

The music pauses. The notes slow and take a somber turn until it seems like the song is lost and wants only to fade away into silence, but it can’t. Koestenbaum writes: “That has always been by unreachable ambition: to show off moments of diminishment, to prove to a rapt audience that I, too, know how to carve backwards into emptiness.” An impossibility: neither he nor Horowitz can disappear. And it’s in this, their most ordinary failure, where the core of their sadness resides.

After the pause, the Bach-Busoni Toccata in C will go on by forgetting its remorse, returning to the whimsy with which it began, but not unscathed. Even though the song ends the same happy way it began, it’s impossible to hear the notes in the same way. And so it will be for Koestenbaum’s reader, who once stumbled or danced through his obscure but playful sentences. Once one realizes their heart of darkness, of grief, their whimsy is inseparable from their pain.

“On Futility, Holes, and Hervé Guibert” lays bare Koestenbaum’s relationship with language, with sadness. The essay begins with a call-back to Koestenbaum’s 1989 essay, “Speaking in the Shadow of AIDS”: “AIDS has made me watch my speech, as if my words were a second, more easily monitored body, less liable than the first to the whimsy of a virus… Bodies have always wanted only one thing, to be aimless: or so I say, knowing that bodies, and always, and aimless, are among the most seductive, and the most outdated, of the several rhetorics I must soon discard.”

With the rise of AIDS, gay love was complicated by the possibility of harm. Or, as Koestenabum puts it, “to fuck him, it’s first to annihilate him.” With words, Koestenbuam sought to reclaim the intimacy that had been lost, thinking it safer to write passion than to see it through. But to write is to remain at a distance, a distance that engenders a loss of its own. As a medium, language offered a false promise of contact, thinly displaced. Cast in this light, it seems Koestenbaum’s tendency to obfuscate meaning with words is appointed toward destroying the medium further, as if then maybe a tender and harmless touch could occur. One need only look back through his writing through the last 30 years to see how relatively clear his language used to be.

Koestenbaum likens the distance he maintains to autofiction: “The fragmentary self-articulation, casual as a snapshot, would involve questioning straitened notions of what constitutes a polished piece of writing, or a life’s work, or an autobiography, or a sexuality, or a successful venture—and learning, instead, to appreciate the cadences of catastrophe, of self-excavating improvisation, and of unknowingness.” In naming his technique, it’s as if he’s begging to be seen. As it is in a line I once skipped over in “Punctuation”: “My aim? I fear that aiming is violent.” And I agree. But what is one to do if not to aim? To wander aimlessly? Yes. To make in the name of process, not product. To not take one’s art so seriously, perhaps. Even when it is.

On this point, Koestenbaum spars with Sontag who “praised a maxim by the painter Manet, who said that in art you must constantly remain the master and do as you please. No tasks! No, no tasks!” Koestenbaum agrees with the terms, but not with the conditions. He replies: “Mastery needn’t be our lodestar: we can flee task not in search of mastery but in search of circumrevolutionisation.” (What a sesquipedalian word!) As if in retort, he follows with his titular essay “Figure It Out,” a list of 42 creative assignments (the forty-third is a short essay).

In the midst of Coronavirus social-distancing and with time on my hands, I did them all: an iconoclastic act, a re-arrangement of my home, the shutting and locking of a door… the list goes on. One by one, Koestenabum’s assignments turned a day alone in the midst of a devastating pandemic into a day of art. Yes, and in a time like this. But to what end?

The takeaway, I think, is hidden in assignment #6—use a stopwatch to time various activities. It reads: “Develop a curious attitude toward these usually unscrutinized acts.” A sentence like a command, under the guise of figuring it out, as if life—so full of suffering and joy—could be understood only through the act of play. As Koestenbaum writes: “Sometimes a sage’s job is to construct riddles.” 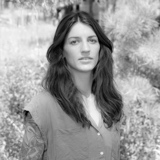 Sarah Haas is a writer living off-grid in the mountains of New Mexico. Her work has appeared in Literary Hub, Longreads, and The Rumpus, among others. She is represented by Mina Hamedi at Janklow & Nesbit.