Ayşegül Savaş is the author of Walking on the Ceiling. Her work has appeared in The New Yorker, The Paris Review, Granta, and elsewhere. She lives in Paris.

Campbell Campbell: You have written two novels and numerous short stories in which the narrator bears witness to another person telling a story and the plot becomes consumed with live storytelling. In White on White, the narrator becomes a vessel for the story being told by her landlord Agnes who is struggling through marital issues and reflecting upon her past. Why are you drawn to this form?

Aysegül Savaş: I often wonder the same thing! I find it much easier to write a character telling a story than a story without such a frame. Perhaps it has to do with the level of subjectivity—I am not pretending omniscience, only shedding light on a character’s way of seeing.

I am also interested in narrative: how people speak, the stylistic forms they employ to make sense of their lives, how they shape events in their telling.

CC: Why does the narrator have mixed emotions about being the medium for Agnes’s story halfway through the novel?

AS: At first, the narrator is drawn to Agnes—perhaps because Agnes seems so confident and alluring. But as Agnes’s mental state deteriorates, so too does the narrator’s interest in her. Alongside the story of Agnes’s life, the novel also investigates the limits of empathy and compassion.

CC: You return again and again to the themes of containment and absence in art and personality, and I paused at the line: “Wasn’t it true of all art, I asked, that its power lay as much in absence, in the deliberate choice of what was left out, as in what was revealed?” Where does your interest lie in this theme, and how is this interest connected to a form that could be described as a monological outpouring on Agnes’s part?

AS: The narrator is silent for most of the novel, while Agnes speaks. But the silence is at first an eagerness to listen and later a reluctance to become involved. I was interested in the imperceptible thresholds that separate mental states, from empathy to cruelty.

I was also interested in the reverse: Agnes’s constant speech as a way of covering up certain things about her life she was not ready to face. The stories we tell about ourselves are not unlike our choices of clothing: meant to convey our tastes, our identities, but also to highlight certain parts of ourselves while concealing others.

CC: Could you speak more about telling stories as a form of the performative self? Do you think that this is always a performance, and how conscious are we of this element? Could we read the arc of the novel as the narrator coming to terms with the fact that Agnes is performing?

AS: When we tell stories about ourselves, we act out an identity, the person we believe ourselves to be—we repeat certain anecdotes, we include or omit facts, in short, we curate the stories for the meaning we want to communicate. This narrative act is so much a part of what makes us human that it is rarely questioned on a daily basis (save for the confines of psychoanalysis!). Similarly, questioning someone else’s narrative immediately creates a distance, by calling the construct into question. Perhaps the narrator’s growing awareness of Agnes’s narrative—its performative quality—is also a result of the growing distance between them. What the narrator takes for granted at the beginning of the novel, as part of Agnes’s “authentic” self begins to appear, as Agnes comes undone, as a roughly patched costume.

CC: You write incredibly atmospheric scenes that allow the reader to feel like they’re staring at the scenes rather than reading them. Were you drawing world-building details from a real location, or were you creating the world as you were writing?

AS: The starting point for this novel was the image of an empty apartment—with white walls, open windows, curtains heaving from the wind. Who lived here, I wondered? What sorts of conversations would these walls harbor?

The city and the apartment are imaginary places, though they are patched together from many places I have encountered. Many of the places the narrator visits were inspired by real Gothic sites.

CC: How do you decide that you have finished building the world of a scene?

AS: In a first draft, my scenes will often have multiple points of focus. Then, I decide which of these points is essential to the scene and cut out the rest. As I continue revising, I try to pay attention to the emotional center of the scene/chapter, adding and subtracting pieces with this in mind. I feel like I’ve finished a scene when I feel I have done all I can to convey the emotion and logic of the text.

CC: I was drawn to the intellectual and creative relationship that Agnes and the main character develop (until halfway through the book when the main character begins to avoid Agnes), a theme that is often discussed by female writers including Kate Zambreno and Sarah Manguso.  How do you see the role of friendship in the process of making art?

AS: I wanted to explore the initial fascination with a person—much like the initial feeling of inspiration to create a work of art. At first, the person/idea seems flawless, full of possibility. As we get closer, however, both the person and the idea present their flaws, their messy interiors. The artist must push past the first enchantment into a murky territory, to create the work. So must a friendship move beyond the initial moment of fascination to become a real relationship.

CC: I am interested in hearing you discuss the threshold from empathy to cruelty between two people who are learning more about each other. What do you think are the limitations of empathy, and why does it not transfer to indifference? Do you feel differently about this topic now that you have written the novel?

AS: I think that indifference can be a form of cruelty, too: to know that another person is suffering and to choose to do nothing about it is, after all, a conscious act. This threshold—between passivity and cruelty—was one I unearthed in later drafts of the book. I wanted to explore the layers residing between the seemingly harmonious silence between two people, the blank spaces that are nonetheless laden with meaning. It helped clarify something for me in the process: that there is no such thing as a neutral relationship, and that we always make emotional choices the moment we come into contact with another person.

CC: Is it safe to say that this female friendship is in contrast to the relationship between Agnes and Pascal? And that this relationship offers new sources of creativity that cannot be found in their marriage?

AS: It’s interesting that you read this as a female friendship. I wanted to create a narrator that was a blank slate, without obvious signs of their gender, nationality, or background. Many early readers assumed that the narrator was female and I suspect others will do the same.

This is interesting to me—what sorts of assumptions do we make as readers when we encounter a text? Do we assume the narrator is female because we often conflate author and narrator? Because women are so often the vessel for others’ stories? Or because an intimate friendship like this one, bordering on madness, is often gendered?

A marriage might be devoid of such intimacies, needing to set up boundaries for the sake of self-preservation. Whereas creativity requires the lack of a boundary, dissolving one’s own identity for the sake of embodying another.

CC: Who were you in conversation with in the production of this novel? Do you see yourself expanding or departing from any aesthetic traditions, for example W.G. Sebald or Rachel Cusk?

AS: Sebald and Cusk have both influenced my writing, both technically and thematically, and my use of an observing, mostly silent narrator owes much to their work. For this book, I was also inspired by Yuko Tsushima’s Territory of Light, Celia Paul’s Self-Portrait, Tove Jansson’s Fair Play, Amina Cain’s Indelicacy, among others. These books all question the role of women as individuals and as artists, separate from their roles as mothers, lovers, wives, and daughters. 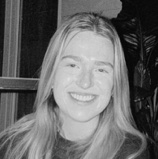 Campbell Campbell is an undergraduate at Columbia University studying English and Philosophy and working on her senior thesis on “Eros and Mysticism in Anne Carson’s Poetry.” She is a Managing Editor for the Columbia Journal of Literary Criticism, where she interviews her favorite writers and writes book reviews on queer fiction, language poetry, and upmarket women’s fiction. She is likewise a print editorial intern at BOMB magazine and hopes to pursue a career in publishing or literary magazines following her undergrad. In her free time, she can be found photographing parts of New York City or practicing her bartending skills.

0
Campbell Campbell December 7, 2021
No Comments Yet